The ICE raids are expected to take place in 10 major cities, pursuing people for whom courts have issued removal orders, says media reports. 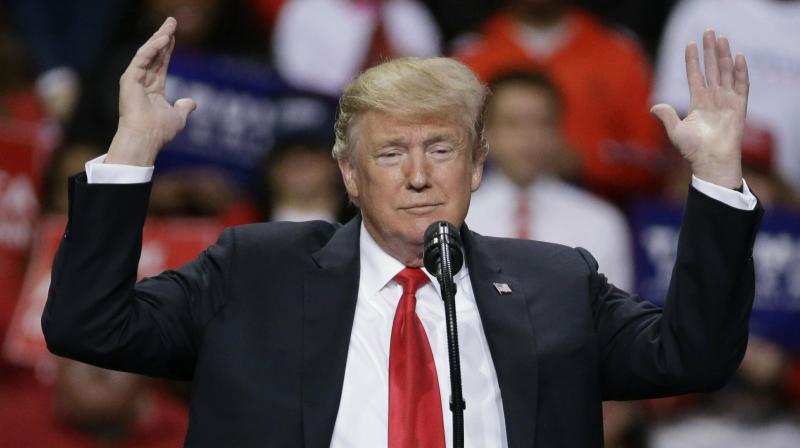 Trump said ICE would focus mainly on people with convictions, including gang members, but also others. (Photo: AP)

Washington: US President Donald Trump confirmed Friday that agents of the Immigration and Customs Enforcement agency will launch raids across the country this weekend to round up thousands of undocumented migrants for deportation.

Trump said ICE would focus mainly on people with convictions, including gang members, but also others.

While the focus will be on removing criminals, Trump said the raids would also target "people that came into our country, not through a process, that just walked over a line. They have to leave."

The ICE raids are expected to take place in 10 major cities, pursuing people for whom courts have already issued removal orders, according to media reports.

They could potentially target families who have been inside the United States for many years, with homes, businesses and US-born children, the reports said.

According to the Pew Research Center, there are about 10.5 million undocumented migrants in the United States, and two-thirds have been in the country more than 10 years.

Ken Cuccinelli, acting director of US Citizenship and Immigration Services, said Wednesday that ICE has removal orders for some one million migrants, but added that it has nowhere near the manpower or facilities to arrest and deport that many.