Trump will be impeached, says US professor 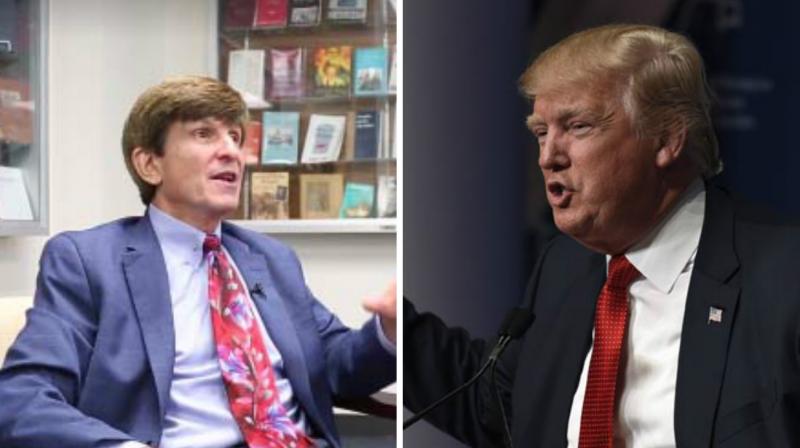 Washington: Ahead of Donald Trump's big win, few forecasters had predicted his victory along with Hillary Clinton's defeat in the US Presidential elections 2016.

History professor Allan Lichtman, who claimed that he’s accurately predicted every White House winner from 1984, had said that Donald Trump would win US Presidential election 2016.

And the professor has now made another prediction -- Trump will be impeached, according to a report The Washington Post.

"I'm going to make another prediction. This one is not based on a system, it's just my gut. They don't want Trump as president, because they can't control him. He's unpredictable. They'd love to have Pence - an absolutely down the line, conservative, controllable Republican. And I'm quite certain Trump will give someone grounds for impeachment, either by doing something that endangers national security or because it helps his pocketbook," Lichtman said.

"Trump would eventually be impeached by a Republican Congress that would prefer a President Mike Pence - someone who establishment Republicans know and trust," he added.