‘It is still unclear how Trump's global business background will impact on his commitment to protect American workers,’ the expert said. 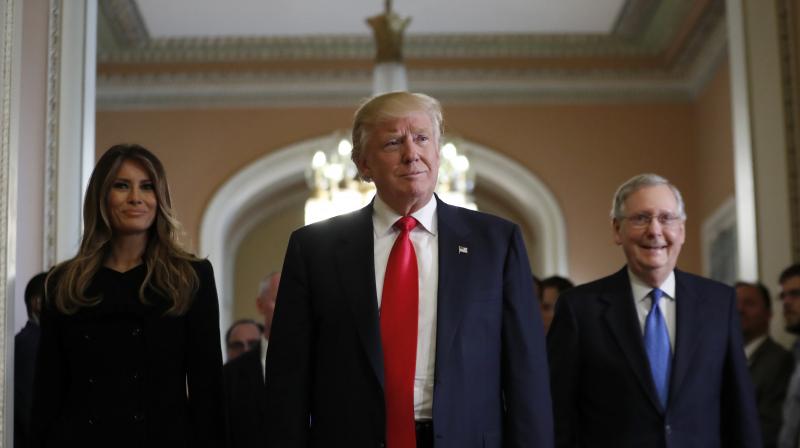 : Donald Trump's administration would build on progress made in Indo-US ties and be less tolerant of 's "dual policies" on terror, but the issue of H-1B visas could be a potential area of friction with , a noted expert on South Asian issues has said.

"It seems likely that a Trump administration will build on the marked progress made in US-India relations over the last couple of years," Lisa Curtis of the Heritage Foundation, a top American think-tank said.

She said there is bipartisan recognition in the that plays an important role when it comes to achieving American objectives in the Asia Pacific, namely ensuring a rules-based international order and free and open seaways.

"President-elect Trump made several positive comments about on the campaign trail, which seems to reflect his support for bolstering the partnership," said Curtis, who at The Heritage, focuses on US national security issues and regional geopolitics.

Curtis said Trump's tougher stance on terrorism, in general, will find favour among Indians, who are wary of attacks by Pakistan-based terrorist groups.

"It is expected that a Trump administration will work more closely with on combating terrorism in the region and will be less tolerant of 's dual policies toward terrorism," Curtis said.

However, H-1B is a potential area of conflict between the two countries, she noted.

"One area of potential friction could be over the H1-B visa issue. It is still unclear how Trump's global business background will impact on his commitment to protect American workers," she said.

"He has both acknowledged the importance of allowing high tech companies to access global talent, while also pointing out potential flaws and misuse of the H1-B visa program. His administration may seek some changes to the H1-B visa requirements but is unlikely to do away with the program completely," Curtis said.