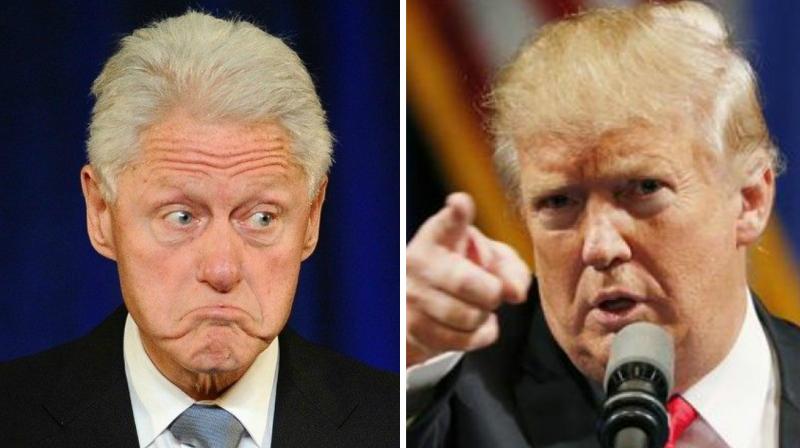 When asked whether he would seek the advice of Bill Clinton, Trump said "I would certainly think about that. (Photo: AP)

Washington: Donald Trump has said he would consider seeking advice from Bill Clinton, just days after besting the former president's wife, Hillary, in the upset US presidential election.

Trump received a call from Bill Clinton after the vote in which the former president "couldn't have been more gracious," the 70-year-old Republican billionaire said in excerpts of an interview released Friday by CBS.

The comments echo Trump's remarks after a meeting with President Barack Obama on Thursday, when he said he looked "forward to dealing with the president in the future," including receiving Obama's counsel.

When asked whether he would seek the advice of Bill Clinton, Trump said "I would certainly think about that.

"It was a lovely call, and it was a tough call for her, I mean, I can imagine. Tougher for her than it would have been for me. I mean, for me, it would have been very, very difficult. She couldn't have been nicer. She just said, 'Congratulations, Donald, well done,'" Trump said.

Earlier in the day, Trump made waves with an interview in the Wall Street Journal when he said he would consider an "amended" version of Obama's signature health care law -- a shift in position after repeatedly vowing on the campaign trail that he would repeal the measure.

He reiterated those comments in the CBS interview, stating that any repeal of the law would be accompanied by an immediate replacement.

Trump also said that he favored maintaining a prohibition on insurance companies denying consumers coverage based on so-called pre-existing conditions.

And he added that he would try to keep a provision that requires insurers to allow children to remain on their parents' insurance policies until the age of 26, a key Obamacare tenet.

"It adds cost, but it's very much something we're going to try and keep," he said.