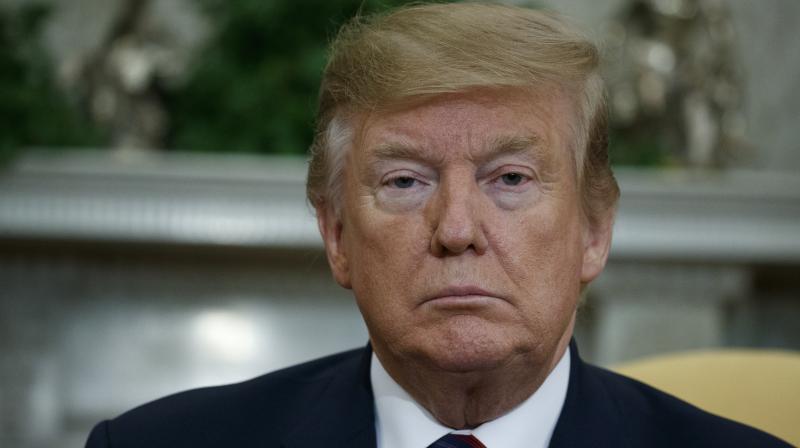 Washington: The United States initially cheered on the Arab Spring but as fresh popular uprisings sweep through Sudan and Algeria, President Donald Trump has taken a more passive role, convinced that strongmen can be his best partners.

The State Department on Thursday hailed the "historic moment" as Sudan's President Omar al-Bashir was toppled after 30 years in power but appeared to be taken by surprise, with a senior official just days earlier declining to describe the mounting protests as a "crisis."

In both Sudan and Algeria, where veteran president Abdelaziz Bouteflika was pushed out last week, the United States has only gently encouraged the two countries' new military leaders to support democracy, voicing support for "the people."

The reticence contrasts with former president Barack Obama who in his speeches allied himself with the aspirations of street protesters, even if he also turned hesitant as the region became engulfed in bloodshed.

Trump sent a powerful, if unstated, message on protests at the White House when he welcomed and hailed Egypt's military ruler turned president Abdel Fattah al-Sisi, who in 2013 deposed the leader elected after the Arab Spring, with authorities shortly afterward killing 700 protesters in two Cairo squares.

"There's no doubt that it's a mean, nasty world out there. But not every one of these leaders is the same," said Pompeo, who liberally denounces the leaders of Venezuela and Iran as tyrants.

"Some of them are trying to wipe entire nations off the face of the Earth and others are actually partnering with us to help keep Americans safe," he said.

Trump has praised Sisi's crackdown on Islamic State extremists and forged a close bond with Saudi leaders despite the killing of dissident journalist Jamal Khashoggi. The US leader has even said he is "in love" with North Korea's Kim Jong Un, described by human rights groups as perhaps the world's most repressive leader, as Trump seeks to negotiate a landmark nuclear accord.

Brian Katulis, a senior fellow at the left-leaning Center for American Progress, said that Trump "seems to have a personal affinity for dictators and autocrats of all stripes around the world" and has also stripped down US diplomatic resources.

"For more than two years, the Trump administration has gutted America's diplomatic tools to respond to the complicated political transitions unfolding in Sudan and Algeria, and his team has made freedom and democracy a much lower priority in America's foreign policy agenda than any other US administration in recent memory," Katulis said.

"So in a very real sense, America is sitting on the sidelines and not doing much but watching events unfold," he said.

Katulis called the absence "a missed opportunity," as the United States has a strong interest in encouraging reforms -- and as the Arab world could still see more uprisings.

While Trump is unequivocal in backing US-friendly authoritarian rulers, Obama was more conflicted.

In 2011, he made the fateful decision to encourage Egypt's Hosni Mubarak to bow to protesters and exit, despite the longtime president's alliance with Washington and Israel's continued support for him.

Obama balked at intervening in Syria's brutal conflict and only reluctantly backed a campaign to oust Moamer Kadhafi in Libya, which eight years later remains a war zone.

And it was the Obama administration that opened a dialogue offering to ease sanctions and mend ties with Bashir, who is wanted by the International Criminal Court on charges of genocide and war crimes in Darfur.

Robert Malley, a former aide to Obama who is now president of the International Crisis Group, said the Trump administration was "playing it much more carefully" on backing protesters.

But the critical question is how the administration supports the countries' transitions, he said.

Sudan's demonstrators, he said, are unlikely to be satisfied by coup leaders' decision to stay in power for two years.

"It will be important for the new leadership in Khartoum, whatever it is, to understand that sanctions are still there and won't be lifted until certain steps are taken," Malley said.

"In both Sudan and Algeria, the big questions start now," he said.