Democrats renew calls for appointment of a special prosecutor to investigate Kremlin links. 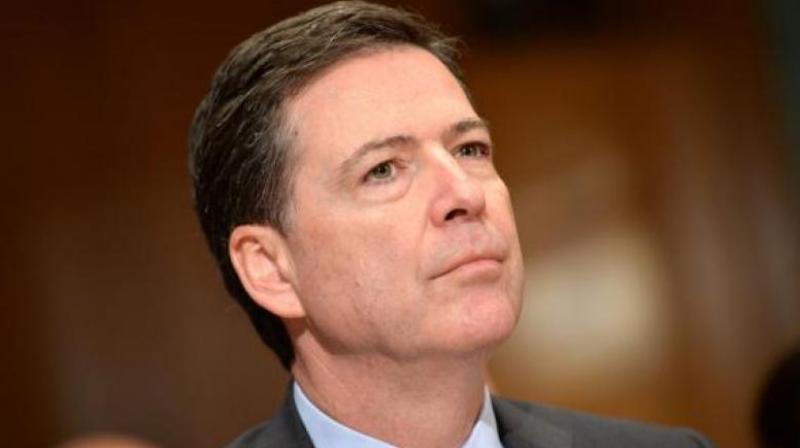 Washington: President Donald Trump’s stunning firing of FBI director James Comey throws into question the future of a counterintelligence investigation into the Trump campaign’s possible connections to Russia and immediately raised suspicions of an underhanded effort to stymie a probe that has shadowed the administration from the outset.

Democrats likened Tuesday’s ouster to President Richard Nixon’s “Saturday Night Massacre” and renewed calls for the appointment of a special prosecutor, and some Republicans also questioned the move.

In his letter to Comey, Trump said the firing was necessary to restore “public trust and confidence” in the FBI. The administration paired the letter with a scathing review by deputy attorney general Rod Rosenstein of how Comey handled the investigation into Democrat Hillary Clinton’s email practices, including his decision to hold a conference announcing its findings and releasing “derogatory information” about Clinton.

While Comey has drawn anger from Democrats since he reopened the email investigation in the closing days of last year’s campaign, they didn’t buy that justification for his firing Tuesday. Several Republicans joined them in raising alarms of how it could affect probes into possible coordination between Trump associates and Russia to influence the 2016 presidential election.

Trump will now appoint a successor at the FBI, which has been investigating since late July, and who will almost certainly have an impact on how the investigation moves forward and whether the public will accept its outcome.

“I am troubled by the timing and reasoning of Comey’s termination,” Senator Richard Burr said in one of the strongest statements from a Republican. As chairman of the Senate intelligence committee, Burr is leading one of the three congressional investigations and has been in regular contact with Comey. “His dismissal further confuses an already difficult investigation by the committee.”

The firing renewed longstanding demands by Democrats for a special prosecutor, especially since the White House has said the firing was carried out upon the recommendation of senior justice department leadership, including Rosenstein, who is overseeing the Russia investigation since attorney general Jeff Sessions recused himself because of previously unreported contacts with the Russian ambassador.

It was only the second firing of an FBI director in history. President Bill Clinton dismissed William Sessions amid allegations of ethical lapses in 1993. Democrats compared the ouster to Nixon’s decision to fire the independent special prosecutor overseeing the Watergate probe.