Taken by German photographer Jezco Denzel, something about the photo caught imagination of the web, and the German version went viral. 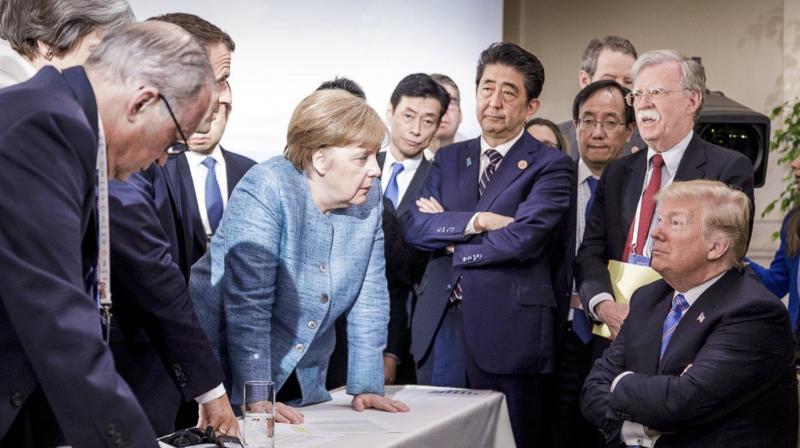 Her fists planted on the table, she looms above an apparently nervous Trump, looking up at her and listening without response. (Photo: AP)

La Malbaie: The G7 summit was coming down to the wire. The leaders of the world's richest democracies had promised some kind of compromise statement despite their deep divisions on trade.

Donald Trump is seated amid a crowd of officials. Across a narrow table, Angela Merkel and Emmanuel Macron are standing, holding copies of a draft text, arguing for their position.

The first view outsiders got of the scene came at 10.45am, when White House spokeswoman Sarah Sanders released a photo taken inside the room. 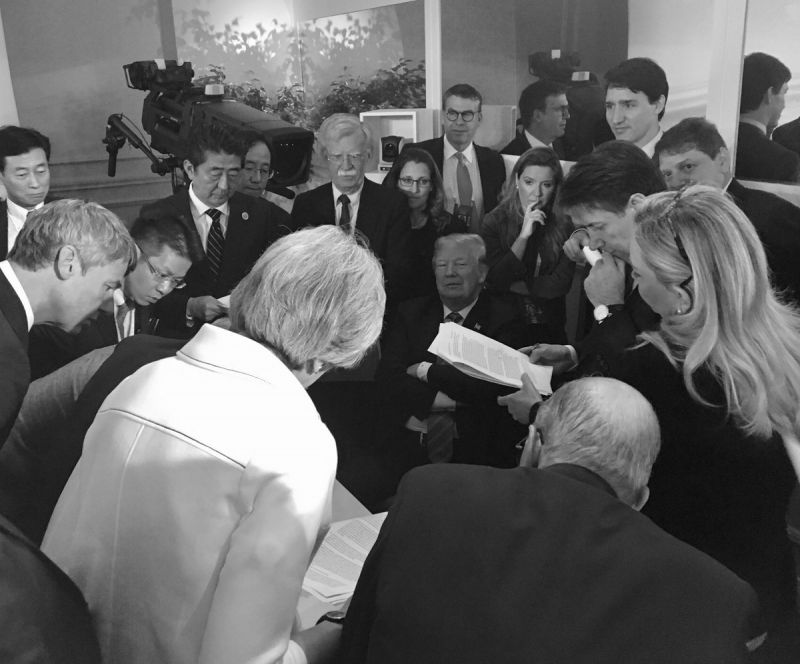 In the US version, we see Donald Trump face on, apparently calm, leaning back confidently with a skeptical almost sarcastic air, his arms crossed in a rebuff to the other leaders, bent towards him pleadingly.

Ten minutes later, the French president's office responded with a quite different view of the very same scene. 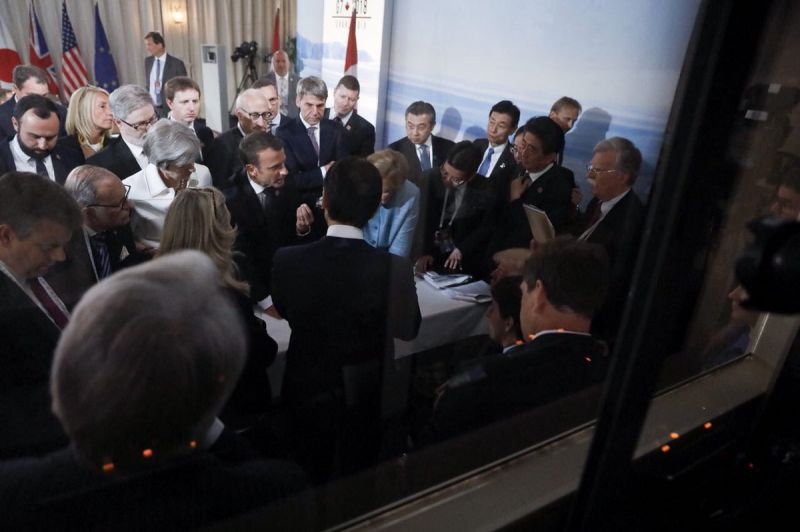 Taken from the opposing angle, the French photo shows Macron negotiating with his American counterpart, gesticulating to make a point. The other leaders have fixed him with their regard, apparently fascinated.

Merkel's face is hidden by a neighbouring official's head.

This would not stand, and when Merkel's press team responded they brought the big guns.

Taken by Jezco Denzel, a photographer working the German government and winner of a category award in this year's prestigious World Press Photo award, the German picture shows Merkel dominant.

Her fists planted on the table, she looms above an apparently nervous Trump, looking up at her and listening without response. Macron is masked by the crowd, Britain's Prime Minister Theresa May invisible.

Something about the photo caught the imagination of the web, and it was the German version that went viral, popping up all over social media, sometimes in its original form sometimes altered for humorous or satirical ends.

Italian premier Giuseppe Conte's version when it came was relatively humble, perhaps reflecting that he has been in the jobs for fewer than three full days. 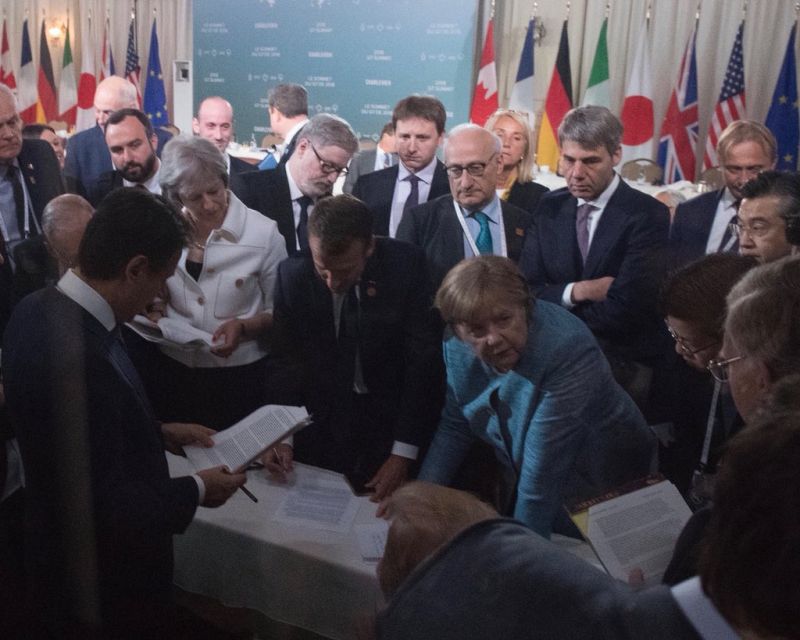 He is seen from behind, clutching a document, addressing Merkel and Macron.

So it fell to the hosts, Canada, to have the final word in the war of the images, releasing their picture just after 2:00 pm on Prime Minister Justin Trudeau's account. 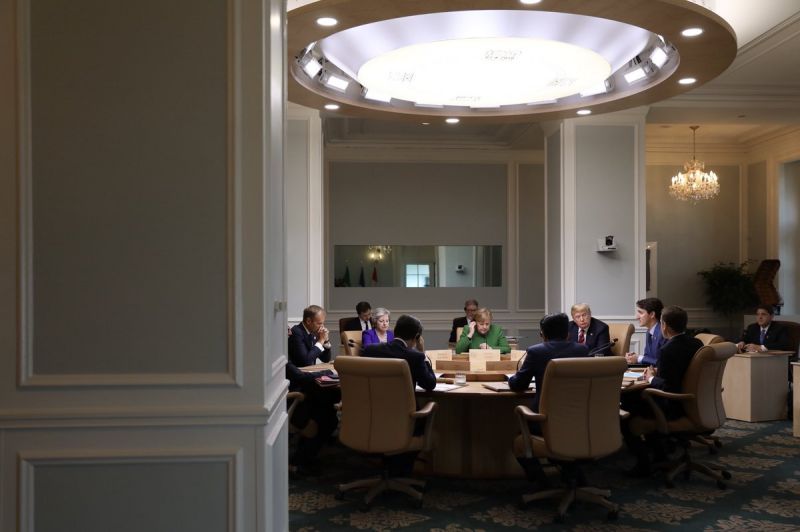 As befits his role as annual chairman of the G7, and perhaps Canada's tradition of peacekeeping operations, the picture is taken from the side, impartially showing Trump dealing with his counterparts as equals.

All appear to be working in tandem to resolve their differences -- albeit under the keen but paternal eye of Trudeau, appearing in the figure of a referee.