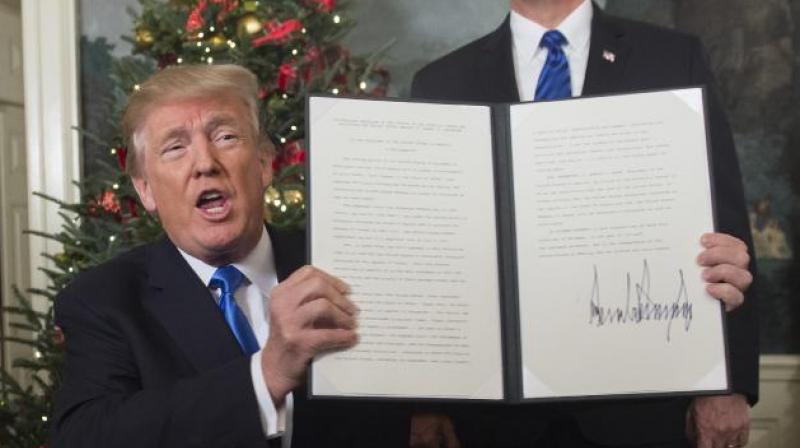 'The president has called for calm and moderation and we are hoping that the voices of tolerance prevail over purveyors of hate,' White House Principal Deputy Press Secretary told reporters. (Photo: AFP)

Washington: US President Donald Trump has called for calm and moderation in the Middle East, the White House said Saturday, amid reports of clashes in the region following his decision to recognise Jerusalem as the capital of Israel.

"The president has called for calm and moderation and we are hoping that the voices of tolerance prevail over purveyors of hate. The president does remain committed to achieving a lasting peace agreement between the Israelis and the Palestinians," the White House Principal Deputy Press Secretary Raj Shah told reporters.

Shah defended Trump's decision on Jerusalem, saying "We think that the decision to recognise reality, and recognise Jerusalem as the capital of Israel is the right decision".

When asked if the President was warned that his decision on Jerusalem would lead to violence, Shah said: "He's fully aware of potential ramifications but we believe strongly that if you are going to be an honest broker in the Middle East, you need to be honest, and recognising reality is the first part of that."