China trade deal will only happen if it favours US, says Trump

President Donald Trump has said that he will enter into a trade deal with Beijing only if he is confident that it is good for the US. 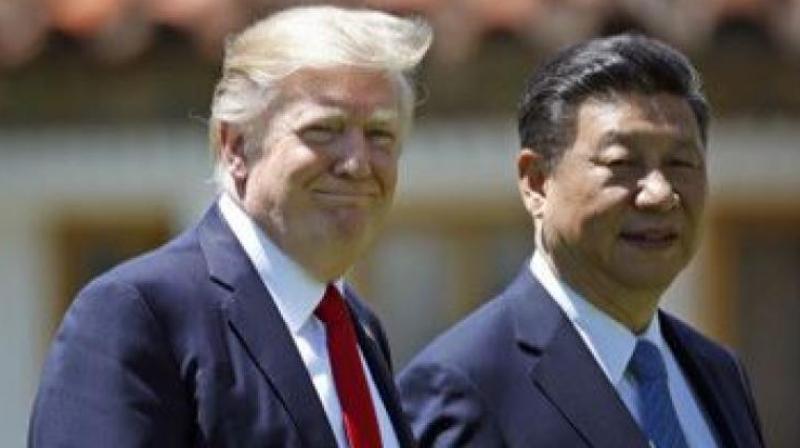 The world's two largest economies are locked in a trade war since Trump imposed heavy tariffs on imported steel and aluminium from China. (File Photo)

Washington: Amidst reports of negotiations for a deal with china hitting a bump, President Donald Trump has said that he will enter into a trade deal with Beijing only if he is confident that it is good for the US.

But he also told reporters at the White House on Friday that he is confident of entering into a trade deal with China. The world's two largest economies are locked in a trade war since Trump imposed heavy tariffs on imported steel and aluminium items from China in March last year, a move that sparked fears of a global trade war.

Trump imposed tariff hikes of up to 25 per cent on USD 250 billion of Chinese goods. In response, China, the world's second largest economy after the US, imposed tit-for-tat tariffs on USD 110 billion of American goods. Top trade officials from America and China are holding talks to negotiate a comprehensive trade deal.

"I am confident. But if we don't make a very good deal for our country, I wouldn't make a deal," Trump told reporters. "If this isn't a great deal, I won't make a deal." In the absence of a trade deal, Trump has threatened to impose additional tariffs on import of Chinese products into the US.

Last month the US President had said that he and his Chinese counterpart Xi Jinping are planning to meet at his Florida resort in Mar-a-Lago to give a final shape to the trade deal, which is being negotiated between the two countries for past several months now.

However, after the collapse of the North Korea summit in Vietnam where Trump walked out of his meeting with Chairman Kim Jong-Un, the US president has not spoken about it.

Taken aback by Trump's decision to walk away from the summit with North Korean in Hanoi, China now wants the summit as a mere signature ceremony and finalise everything before that.

According to The Wall Street Journal report on Friday, a US-China trade accord is facing a new roadblock, as Chinese officials balk at committing to a presidential summit until the two countries have a firm deal in hand.

"What Chinese minister wants to say, 'Yes, Xi Jinping. Go to the US for a visit, which isn't a state visit, and hope that Trump doesn't embarrass you'" Evan Medeiros, a Georgetown University scholar who was a senior China adviser to President Barack Obama was quoted as saying by The Wall Street Journal.

Republican Senator Marco Rubio on Friday doubted recent reports that China will end the forced transfer of technology and begin allowing "wholly foreign-owned enterprises in more fields" as a way to lure back foreign investors.

"For decades, China fooled the world into thinking they would be a responsible international partner. We must not let them fool us into thinking this new 'law' is anything other than a shiny object that will do nothing to stop Chinese state-directed actors' continued assault on US companies' intellectual property and trade secrets," Rubio said.

The Trump Administration should continue to hold their leverage and increase pressure on China to secure a strong, enforceable deal, he asserted.

"We cannot afford to waste this opportunity and risk losing this century's most important, strategic, economic, and geopolitical competition. China must not be allowed to pursue policies that run directly counter to America's national interest and their international commitments without facing due consequences," Rubio said.