Heat is on: Let’s not get Trumped on big carbon

India can seize this opportunity to demonstrate an alternative growth model with lower carbon emissions. 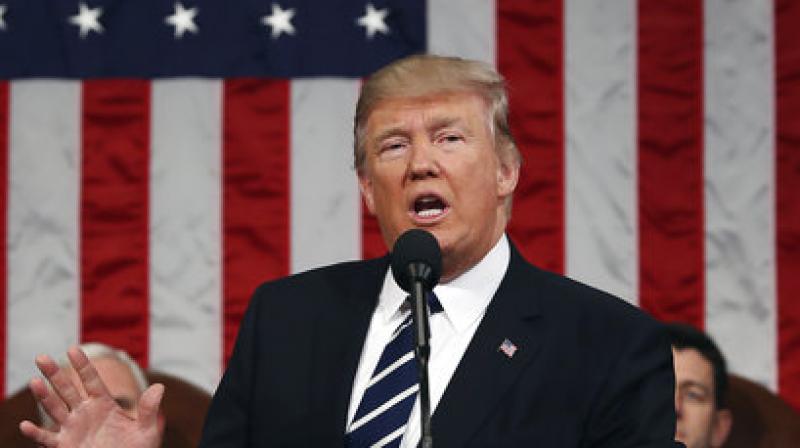 We have just crossed April and temperatures are touching record highs.  What has generated a lot of heat is the recent Executive Order issued by the US President Donald Trump, which attempts to roll back Obama-era climate change policies.

During the Presidential campaign, Mr Trump threatened to withdraw the US from the Paris agreement, although mercifully he hasn’t done that yet. The executive order will mainly impact the Clean Power Plan, which committed to reduce US CO2 emissions by 26-28 per cent by 2030, from the 2005 levels. It will also “unshackle” the fossil fuel industry, particularly coal and oil sectors.

The US being the world's second largest greenhouse gas emitter, and accounting for a quarter of the total historical emissions, its recent ann-ouncements are alar-ming.  There were alr-eady concerns about the Paris agreement's ability to restrict warming to 20ºC; the recent announcements only add to the uncertainty. Moreover, deve-loping countries can legitimately question why they should be forced to undertake mitigation steps, when the US is not discharging its share of responsibility.

So, what should India do? Should we rethink our Nationally Determined Contributions (NDC) pled-ges?

On the contrary, we should stay focused on NDC commitment for three main reasons.

Notwithstanding the rhetoric and posturing, it’s not yet clear to what extent the executive order will actually impact US emissions pathway. The cost of clean energy, especially solar and wind, has reduced significantly, and natural gas prices are also low. Therefore, on purely economic and cost considerations, utilities are unlikely to build a large number of coal power plants.

In the developing world, China and India stand out as two large countries, with large populations. China’s economic growth model involved intense dependence on fossil fuels, similar to the one adopted by Western industrialised countries. China built over 900,000 MW of coal power plants and surpassed the US as the world’s largest CO2 emitter. In the process, it paid a heavy ecological and environmental price.

India is now at a crucial juncture. It has never gone through an intense fossilisation phase and the CO2 emissions per unit GDP are still quite low. The present low cost of clean energy presents an excellent opportunity for India to demonstrate an alternative growth model in which growth and quality of life can be achieved with lower carbon emissions. If India succeeds, it would be a good model for other developing countries.

Finally, notwithstanding the US position, the science of climate change is beyond doubt: the danger of irreversible anthropogenic climate change is very real and poor and developing countries will be hit the hardest. There is only a limited window available to restrict warming to within 20ºC. If the US is rethinking its climate change commitments, other countries should intensify their own efforts and also put diplomatic pressure on the US.

India has announced its ambitious plans for renewables and energy efficiency at a stage when its huge population is poor and lacks access to modern energy, believing that this is important for energy security, better air quality and ecology and its concern for climate change. As a responsible nation, India can demonstrate leadership and proactive action on climate change even though India had no role in creating this problem.

The writer is Director, Center for Study of Science, Technology & Policy (CSTEP), Bengaluru