9 things Barack Obama will be remembered for

In office, Obama sometimes struggled to turn that poetry into the prose of governance. 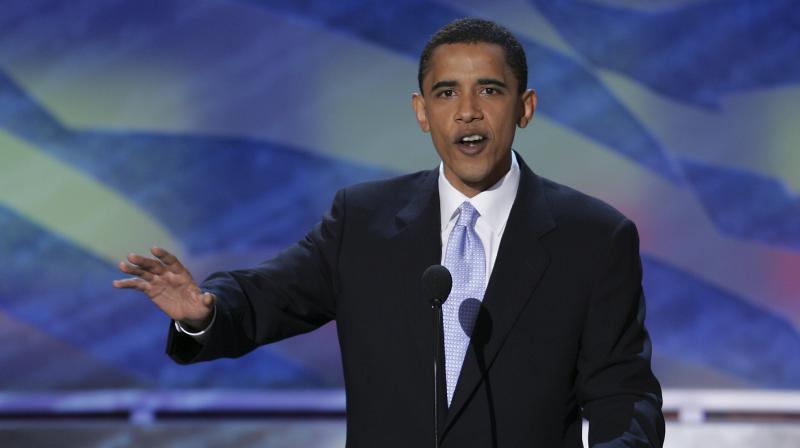 Obama, just 47 at his 2009 inauguration, harnessed magisterial oratory to rally a diverse electoral coalition behind a message of "hope and change." (Photo: AP)

Washington: As Barack Obama prepares to leave office on January 20, here are nine things his presidency may be remembered for:

If historians were to write only one thing about Barack Hussein Obama, they would likely note that -- 143 years after slavery was abolished -- a young Illinois senator became the first black president of the United States.

Obama, just 47 at his 2009 inauguration, harnessed magisterial oratory to rally a diverse electoral coalition behind a message of "hope and change."

In office, Obama sometimes struggled to turn that poetry into the prose of governance. Racial tensions -- underscored by police shootings of unarmed black men and conspiracy theories about his birthplace -- persisted.

But the very fact of his election confirmed monumental changes in American society.

Too Big To Fail

Obama's first term in office was dominated by economic freefall.

A real estate crisis spawned a financial meltdown that torpedoed Wall Street banks and lenders, and was metastasizing into an economic crisis of global proportions.

Outgoing president George W. Bush and the Federal Reserve had kicked off the government's first panicked efforts at containment, but Obama faced down ideological opposition to large fiscal stimulus, extending government spending by $831 billion and providing ballast to the economy.

As he leaves office, the political and social aftershocks of that financial cataclysm are still being felt, but the economy has added jobs for 75 straight months.

'Justice Has Been Done'

"Tonight, I can report to the American people and to the world that the United States has conducted an operation that killed Osama bin Laden."

With those words on May 2, 2011, Obama exorcised the anger and frustration of millions of Americans -- that the most powerful country on earth could not hold the man accountable for the 9/11 attacks.

The risky special forces operation was also illustrative of Obama's controversial drone-and-raid approach to counterterrorism. As he leaves office, Al Qaeda offshoots and affiliates remain potent, but their leadership in Afghanistan and Pakistan has been decimated.

"It's one of the few regrets of my presidency -- that the rancor and suspicion between the parties has gotten worse instead of better," Obama said in his final State of the Union address.
From the moment Obama was elected,  Republics in Congress vowed to oppose him tooth and nail.

Efforts to close the prison at Guantanamo Bay and enact gun controls -- even after the massacre of young students at Sandy Hook, the emotional nadir of his presidency -- would fall victim to partisan rancor.

A Deal With A Half-Life

For more than two decades, the United States had rolled out sanctions and covert actions to prevent arch foe Iran from obtaining a nuclear weapon. Obama tried a different tack, engaging in  secret talks with the Islamic Republic.

That gambit ultimately yielded a deal that saw Iran halt its sprint toward a nuclear weapon, in return for substantial sanctions relief and a dollop of international legitimacy.

The pact would strain US relations with Iran's enemies Israel and Saudi Arabia, but prevented a nuclear arms race in the Middle East and defused tensions between Iran and the United States that have simmered since the 1979 Islamic Revolution.

No Turnabout On Syria

No international crisis tested Obama's foreign policy or his high bar for US military intervention like Syria.

Even when Bashar al-Assad defied Obama's red line on chemical weapons use and killed countless thousands of civilians -- along with Russian and Iranian forces -- the man who came to office on an anti-war ticket rejected calls to step in.

Syria will likely be in crisis for years to come.

Critics will long argue about whether Obama's policy was sensible and to what degree his decision damaged America's reputation, allowed the Islamic State group to grow, fueled an immigration flow that destabilized Europe and allowed Russia and Iran to extend influence in the region.

In a bid to engrain environmentalism into America's body politic, Obama hiked Alaskan glaciers, snorkeled at Midway Island and rushed through ratification of the Paris Climate Accord.

But Obama's environmental agenda is likely to come under sustained assault from his successor, putting the durability of that legacy into question.

Democrats had tried and failed for decades to provide Americans with universal health care. Obama wasn't quite able to do that but he extended insurance coverage to tens of millions of citizens who previously had none.

Republicans decried the "Obamacare" plan as socialism incarnate, at one point claiming it would even create "death panels." But they failed to stop it from passing. They may yet have a crack at repealing it under Donald Trump's watch.

Obama's trip to Cuba may be remembered in the same way as Richard Nixon's visit to China, but in truth it was the capstone of a much broader effort to improve US relations with Latin America.

Barely 100 days after Obama took office, he told regional leaders at a Summit of the Americas that the United States had changed. The approach was to deny leaders like Hugo Chavez any excuses for sideshow anti-Americanism.

Obama alluded to "mistakes" in a coup that installed dictator Augusto Pinochet in Chile, released documents about involvement in Argentina's dirty war and, of course, visited Havana.