The lawmakers voted 364 to 58 in rejection of Texas Democratic lawmaker Al Green's resolution to start impeachment against Trump. 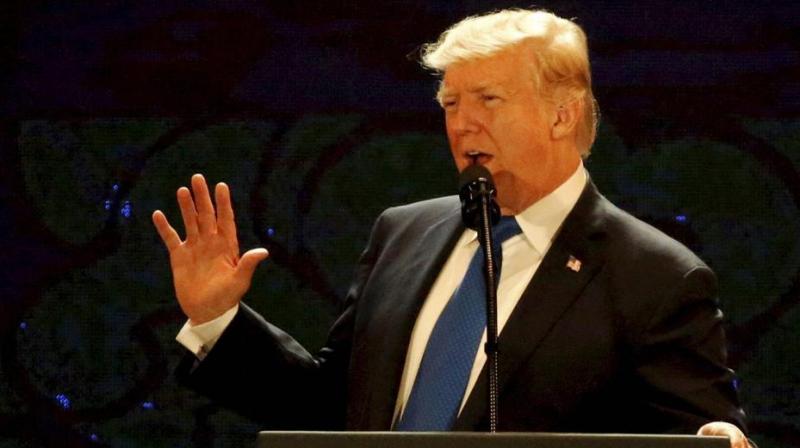 In his failed pitch, Green alleged that Trump had been inciting violence, hatred and bigotry and is dividing Americans on the basis of race and other traits. (Photo: AP)

Washington: The US House of Representatives has overwhelmingly quelled a congressman's resolution to impeach President Donald Trump as many Democratic Party leaders questioned its timing and termed the move as "premature".

The lawmakers voted 364 to 58 in rejection of Texas Democratic lawmaker Al Green's resolution to start impeachment against Trump.

The Republican party, which enjoys a majority in the lower chamber of the Congress, was joined by a large number of lawmakers from the Opposition Democratic party to defeat a move to impeach Trump Thursday.

"Now is not the time to consider articles of impeachment," the two Democratic leaders said, even as they reiterated their opposition to the many policies of the president.

"This President has made statements and taken actions that are beyond the pale for most Americans, embracing those who espouse hatred and division while promoting policies that would harm our economy and undermine our national security.

Legitimate questions have been raised about his fitness to lead this nation," Pelosi and Hoyer said.

"Right now, Congressional committees continue to be deeply engaged in investigations into the President's actions both before and after his inauguration. The special counsel's investigation is moving forward as well, and those inquiries should be allowed to continue," they said.

In his failed pitch, Green alleged that Trump had been inciting violence, hatred and bigotry and is dividing Americans on the basis of race and other traits.

Democratic Congresswoman Linda Sanchez said in the last 320 days, Trump's actions have angered millions of Americans and raised very serious questions about his fitness to serve in office.

"There is an ongoing federal investigation led by Special Counsel Robert Mueller and it should be allowed to continue.

Until we have the final results of a thorough, non-partisan investigation, I believe it is premature to vote for impeachment," she said.

"I am one of many Americans that's disappointed in the direction President Trump has taken our country, and I have grave concerns about his leadership, his policies, and his judgement," he said.

"That is why I was one of the first members of Congress to call for the appointment of a special counsel to investigate. I strongly believe that what the American people want is the facts and, therefore, we should let Special Counsel Mueller and his team complete their task. For these reasons, I do not think today is the right time for a vote of impeachment," Crowley said.

Congressman Lou Correa said although he was not a supporter of many of Trump's policies, he does not support impeaching him at this time.

"Any discussion of impeachment before the completion of Robert Mueller's investigation is premature and not in the best interest of our nation," Correa said.

"Practically and politically, I think most of us can agree that passing articles of impeachment in this House isn't realistic at this moment in our history. But sometimes, it's more important to follow your heart than do the practical or political calculation," he said.

"Today, I followed my heart and cast a vote to begin a debate on whether this President has committed impeachable acts. It's time to have an open, honest debate on President Trump and his fitness for office," Capuano said.