For positive relation, Russia needs to change its behaviour: WH

Senator McCain said sanctions were 'clear message' and warned that Russians would pay heavily for alleged aggression in Ukraine and Syria. 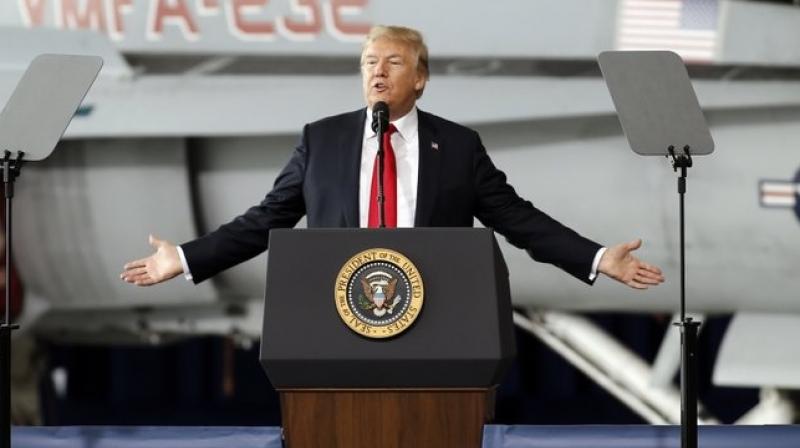 Washington: The Trump Administration wants a positive relationship with Russia, but for this to happen, Moscow needs to significantly change its behaviour, the White House has said.

The comment from the White House came hours after the US administration sanctioned seven Russian oligarchs, 12 companies, and 17 top government officials and allies of President Vladimir Putin.

"We want a positive relationship with the Russian government, but for this to happen, there must be a significant change in their behaviour," White House Press Secretary Sarah Sanders told reporters on Friday at her daily news conference.

"The sanctions and the totality of the administration's actions, which are in keeping with Congress' wishes, prove the president is absolutely correct when he says no one has been tougher on Russia," Sanders said.

She said the ball was in Russia's court as their actions would decide the kind of relationship Moscow has with the US in near future.

"As the president has said, he wants to have a good relationship with Russia, but that's going to depend on some of the actions by the Russians," Sanders said.

"However, at the same time, the president is going to continue to be tough until we see that change take place. And we're going to continue working forward to have a meeting with Vladimir Putin at some point," Sanders said.

Senator John McCain said the sanctions were "a clear message" to Putin and warned that the Russians would pay heavily for their alleged aggression in Ukraine and Syria.

"The US must press forward with a broader strategy to deter and, if necessary, defeat Russian aggression and counter Russian malign influence activities. Anything less will only encourages Putin to continue attacking us, our allies, and democracies around the world," said McCain.

The White House on Friday said the administration was implementing new sanctions on Russian oligarchs, government officials, and entities for their roles advancing Russia's malign activities.

The sanctions target seven Russian oligarchs and the 12 companies they own or control, 17 senior Russian government officials, and a state-owned Russian weapons trading company and a bank it owns.

As a result, all assets subject to US jurisdiction of the designated individuals and entities, and of any other entities blocked by operation of law as a result of their ownership by a sanctioned party, are frozen, and US persons are generally prohibited from dealings with them.

Additionally, non-US persons could face sanctions for knowingly facilitating significant transactions for or on behalf of the individuals or entities blocked by the US on Saturday.

The fresh sanctions are the latest step by the US against Russia following the poisoning of a former Russian spy in England, interference in the US 2016 election and a cyber attack, CNN said.

According to the White House, the Trump administration has consistently confronted Russian activities that threaten US institutions, its interests, or its allies.

Among other sanctions and measures, the Trump administration has taken action to call out and confront Russian efforts to undermine the United States.