If Pak does not change, it may lose ally status: Jim Matttis

Mr Mattis told members of the powerful House Armed Services Committee during a Congressional testimony on South Asia and Afghanistan on Wednesday. 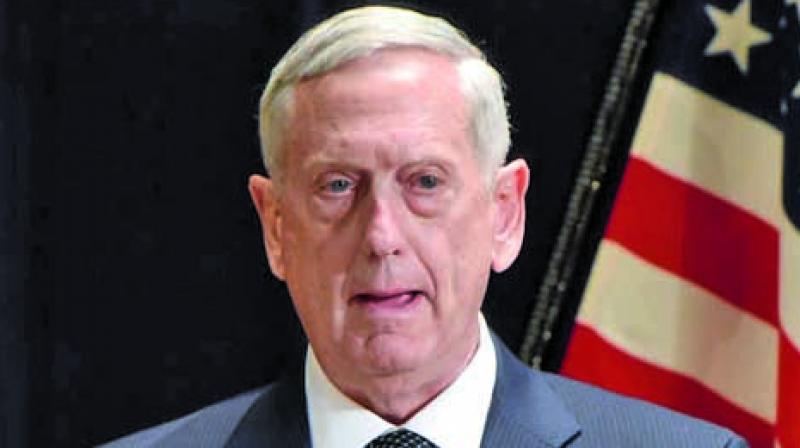 Washington: President Donald Trump is prepared to take “whatever steps necessary” against Pakistan if it does not “change its behaviour” and continued to support terror groups, defence secretary Jim Mattis has said.

Mr Mattis also warned Pakistan of global “diplomatic isolation” and losing its Non-Nato ally status if it failed to take action against safe havens to terrorists on its soil.

“If our best efforts fail, President Trump is prepared to take whatever steps necessary,” Mr Mattis told members of the powerful House Armed Services Committee during a Congressional testimony on South Asia and Afghanistan on Wednesday.

He was asked a series of questions by Congressmen who expressed their frustration on Pakistan not taking actions against terror groups.

Without much elaboration, Mr Mattis said that the US has “enormously powerful number of options” if Pakistan does not follow through and be a better promoter of stability in the region.

“Right now, I would like to think we will be successful,” Mr Mattis said. “With the growing consensus against terrorism, they’ll find themselves diplomatically isolated.”

“There is an awful lot of advantage to Pakistan of coming online with the international community, and we have to stay focused there,  but the penalties are just as significant as the advantages if they choose to go a different direction,” he said.

“But for right now, the US needs to try one more time to make this strategy work with them by, with, and through the Pakistanis,” he said.

When Congressman Rick Larsen asked if revocation of non- Nato allies status is on the list of possibilities against Pakistan, Mr Mattis said, “I’m sure it will be.”