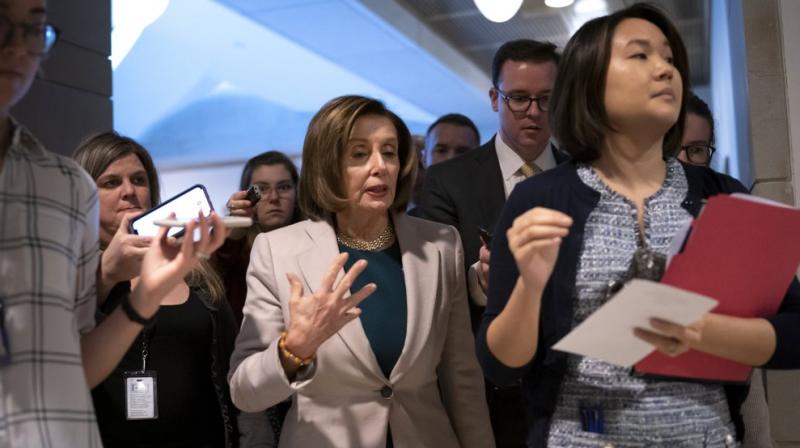 Washington: President Donald Trump is expected to sign an $8.3 billion measure to help tackle the coronavirus outbreak. The legislation would provide federal public health agencies money for vaccines, tests and potential treatments, and help state and local governments prepare for and respond to the threat.

The Senate passed the measure Thursday to help tackle the outbreak in hopes of reassuring a fearful public and accelerating the government’s response to the virus. Its rapid spread is threatening to upend everyday life in the U.S. and across the globe.

The money would pay for a multifaceted attack on a virus that is spreading more widely every day, sending financial markets spiraling again Thursday, disrupting travel and potentially threatening the U.S. economy’s decade-long expansion.

Thursday’s sweeping 96-1 vote sends the bill to the White House for President Donald Trump’s signature. Sen. Rand Paul, R-Ky., cast the sole “no” vote. The House passed the bill Wednesday by a 415-2 vote.

The plan would more than triple the $2.5 billion amount outlined by the White House 10 days ago. The Trump proposal was immediately discarded by members of Congress from both parties. Instead, the bipartisan leadership of the House and Senate Appropriations committees negotiated the increased figure and other provisions of the legislation in a burst of bipartisan cooperation that’s common on the panel but increasingly rare elsewhere in Washington.