World   Americas  06 Jan 2019  Each side accusing other of giving no ground on US government shutdown
World, Americas

'Not much headway made today,' Trump tweeted on Saturday after receiving a briefing from the team led by Vice President Mike Pence. 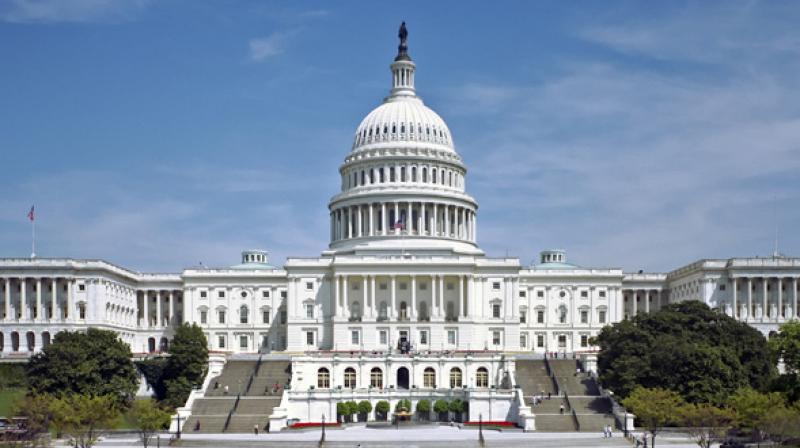 Democrats said the White House did not budge on the president's key demand, USD 5.6 billion to build a wall along the US-Mexico border. (Photo: File)

Washington: A first round of talks between White House officials and congressional aides has made little progress toward ending the government shutdown, with each side accusing the other of giving no ground.

More discussions were planned for Sunday, while President Donald Trump, who did not attend the negotiating session, was scheduled to be at Camp David for a retreat with White House staff on border security and other topics.

"Not much headway made today," Trump tweeted on Saturday after receiving a briefing from the team led by Vice President Mike Pence. Democrats said the White House did not budge on the president's key demand, USD 5.6 billion to build a wall along the US-Mexico border.

The White House said money was not discussed in depth, but the administration was clear about the need for a wall and the goal of resolving the shutdown all at once, not piecemeal. Acting chief of staff Mick Mulvaney, in an interview with CNN's "State of the Union," accused Democrats of being there to "stall." Democrats familiar with the meeting said the White House position was "untenable."

A White House official said the meeting included a briefing on border security by Homeland Security Secretary Kirstjen Nielsen. Democrats sought written details from the Department of Homeland Security on their budget needs; the White House said it would provide that. Mulvaney said Trump was willing to forgo a concrete wall for steel or other materials.

"If he has to give up a concrete wall, replace it with a steel fence in order to do that so that Democrats can say, 'See? He's not building a wall anymore,' that should help us move in the right direction," Mulvaney told NBC's "Meet the Press."

The president has suggested his definition of the wall is flexible, referring to slats and other "border things."

Democrats have made clear they see a wall as immoral and ineffective and prefer other types of border security funded at already agreed upon levels. Trump had campaigned on the promise that Mexico would pay for the wall. Mexico has refused. He's now demanding the money from Congress.