Not just aid-cut, WH open to 'all options' to deal with Pak terror problem

The warning came after the US suspended about USD 2 billion in security aid to Pakistan for failing to clamp down on terror groups. 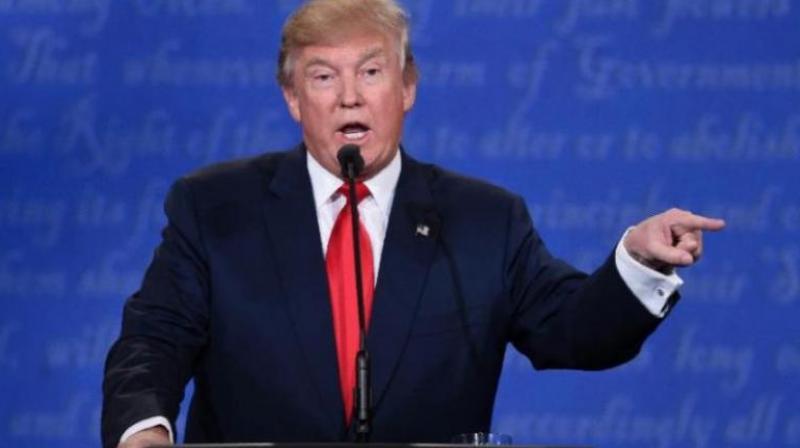 Trump in a New Year's Day tweet accused the country of giving nothing to the US but ‘lies and deceit’ and providing ‘safe haven’ to terrorists in return for USD 33 billion aid over the last 15 years. (Photo: File)

Washington: The US is keeping "all options" on the table to deal with Pakistan if it does not take decisive action against the Taliban and the Haqqani network and dismantle their safe havens, the White House warned Saturday.

The warning came after the US suspended about USD 2 billion in security aid to Pakistan for failing to clamp down on terror groups.

The freezing of all security assistance to Pakistan comes after President Donald Trump in a New Year's Day tweet accused the country of giving nothing to the US but "lies and deceit" and providing "safe haven" to terrorists in return for USD 33 billion aid over the last 15 years.

"The US does have a range of tools that we're looking at beyond just the security assistance issue to deal with Pakistan and to try to convince it to crack down on the Taliban and Haqqani network," a senior Trump administration official told reporters.

"Certainly no one should doubt the US resolve to address this threat and all options I would say will be on the table," said the official on condition of anonymity.

While some policy makers have been asking the White House to revoke the non-NATO ally status of Pakistan and put pressure on the country through multilateral institutions like the International Monetary Fund and the United Nations, Pentagon generals have indicated unilateral actions.

However, the official refrained from divulging any of the options that the administration is considering against Pakistan.

"I'm not able to comment on specific steps at this time. But nobody should doubt our resolve in trying to address these threats. We're looking at all options. We hope that we can cooperate with Pakistan. But we do have options that we're considering," the official said.

The US wants action against the existing safe havens of the Taliban and the Haqqani network and demolish its ability to carry out strikes across the border in Afghanistan, the Official said and expressed hope that Pakistan would take actions that the US was seeking.

“...that will allow the relationship to return to a more positive trajectory," the official said.

In August, while unveiling his new South Asia strategy, Trump had accused Pakistan of giving "safe haven to agents of chaos, violence, and terror," and said the time had come” for Pakistan to demonstrate its commitment to civilisation, order, and to peace".

Trump's new policy, the official said, is driven by his desire to have a successful strategy in Afghanistan.

"We firmly believes that for the future of the region, Pakistan needs to crack down on these terrorist elements. Unless they take a comprehensive approach to the terrorism problem it is going to threaten US interests and everybody's interests including Pakistan's," the official said.

He said the announcement of the suspension of the security assistance to Pakistan clearly reflected the US' frustration over Pakistan's failure to crack down on all terrorists who find shelter on its territory.

"There has been ample time for Pakistan to show it is taking our request seriously. Unfortunately, we have not seen the kind of meaningful action that we were seeking," the White House official rued.

Responding to a question, the official said US has "a number of tools in its toolkit" and can "take unilateral" steps.

But at this time, the US prefers to cooperate with Pakistan and is hopeful about it, the official said.

"And we want to indicate Pakistan our seriousness about the issue of dealing with safe havens," the official said.

Meanwhile, Defence Secretary Jim Mattis said the US would restore the suspended security assistance to Pakistan if it takes action against terrorist groups.

"We would restore the aid if we see decisive movements against the terrorists, who are as much of a threat against Pakistan as they are against us," Mattis told reporters.

The US is still working with Pakistan, he said, but refrained from going into details.

"The specific individual things we're doing are best handled in private, to ensure that we can be most productive. And that's what we're working now," he said.

Mattis had travelled to Pakistan in December for talks with the top Pakistani leadership.

"There's a campaign plan now that starts regionally. So we started thinking about India and Pakistan and Afghanistan. We reinforced some of our forces there, because we found some forces didn't have the American advisers they needed, and the ones with advisers seemed to always win. The ones without them did not fare so well," he said.