US is developing risk mitigation plan, given the past experience that Pak blocks ground lines of communication as retaliatory measure. 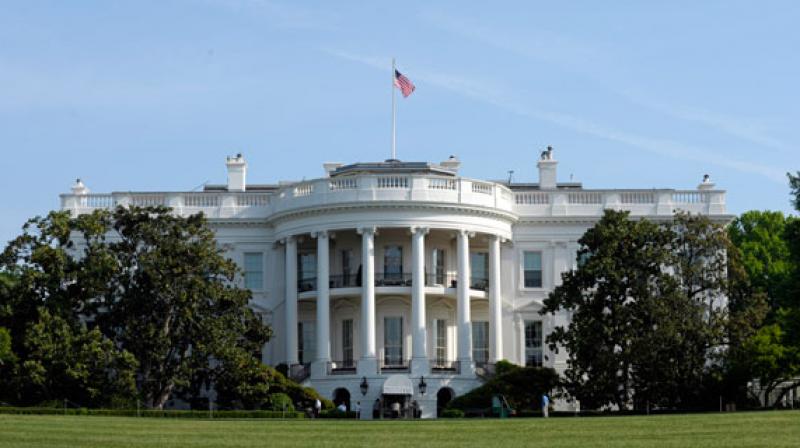 Given the strong reaction that has come from Pakistan in the wake of suspension of security assistance, the Trump Administration is looking at potential Pakistan’s response. (Photo: File/Representational)

Washington: The US is developing risk communication plans to access landlocked Afghanistan, which is currently dependent on Pakistan, a Trump Administration official has said.

The decision comes after relationship between the US and Pakistan nosedived as a result of Trump Administration’s decision to suspend approximately USD 2 billion in security assistance as Islamabad was not willing to take decisive actions against terror groups operating from its territory.

A senior Trump Administration official has said the US is developing risk mitigation plan, given the past experience that Pakistan blocks ground lines of communication as retaliatory measure.

His comments came after Pakistani Foreign Minister Khawaja Asif said in an interview in Islamabad that Pakistan does not consider the US an ally any longer after suspension of security assistance.

“We are looking at ways to deal with these issues. We are developing risk communication plans. One of the issues that we continually look at are the access issues. There have been periods in the past of course when Pakistan closed down the ground lines of communication in 2011 and 2012,” the official told reporters.

“As such the US continues to look at what options it would have in such a scenario. Obviously Afghanistan being a landlocked country, this becomes very challenging. But we do have options that we’re considering and looking at and we continue to evaluate. But our hope is that we will be able to work with Pakistan and continue the kind of cooperative arrangements that we have had over the last 15 years,” said the official who spoke on condition of anonymity.

Given the strong reaction that has come from Pakistan in the wake of suspension of security assistance, that is expected to hit the Pakistani military, the official said the Trump Administration is looking at potential Pakistan’s response.

“We are well aware of how they can potentially respond and we are looking at ways to deal with that and to mitigate any of the risks,” the official said.

“But it would be very difficult for the US if we lost the ground lines of communication or the airlines of communication,” the official noted. Talking to reporters, US Defense Secretary Jim Mattis exuded confidence that it would not be blocked. “No, I’m not concerned about them,” he said when asked if he is concerned about the ground lines, the supply lines to US troops and coalition troops in Afghanistan.

Last week, the Pentagon said the US favours supply routes through Pakistan because of cost, but has built flexibility and redundancy into its Afghan supply lines to avoid over reliance on any single option.

“The US favours supply routes via Pakistan because of cost, but we have built flexibility and redundancy into our supply lines into and out of Afghanistan to avoid over reliance on any single option,” Lt Col Mike Andrews, Department of Defense spokesman had said.

“Due to operational security, we won’t be able to provide a specific percentage of US supplies going into Afghanistan through multiple routes. While the US favours shipping cargo via Pakistan because of cost, we have built flexibility and redundancy into our overall system of air, sea, and ground routes to transport cargo into and out of Afghanistan,” Andrews said.

Currently there are about 14,000 US forces in Afghanistan. As such its supply needs are far less than when it once touched more than 100,000 troops during the previous Obama era. “Due to the lower level of US troops, supply needs are lower. I cannot state specific decreases, however,” Andrews had said.