'Trump owes us more than condolences,' says Ex-FBI Director after mass shooting in US

In a Twitter post on Sunday, Trump had denounced the El Paso attack and called it an 'act of cowardice'. 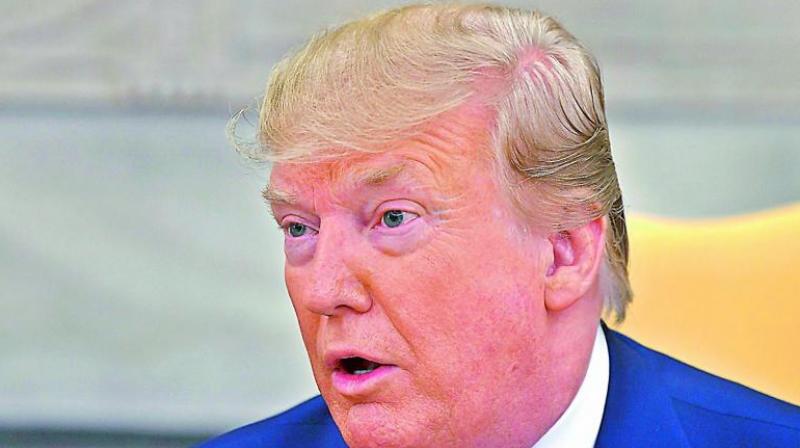 In an op-ed for the New York Times, Comey said that Trump's efforts to "unleash and exploit the radioactive energy of racism" are more dangerous than he realises.

"America has long had a radioactive racist soup in the centre of our national life. Donald Trump thinks he is stirring it for political benefit. He's actually doing something more dangerous," Comey wrote.

The former FBI Director, who is a frequent critique of Trump, argued that the President's silence during a "send her back" chant aimed at minority Congresswoman Illhan Omar, as well as his 2017 remark that there were "very fine people" on both sides during a neo-Nazi rally in Charlottesville (that had turned violent), manifests that he is stirring "radioactive racist soup" for his own benefits.

"Every American president, knowing what lies deep within our country, bears a unique responsibility to say loudly and consistently that white supremacy is illegitimate, that encouraging a politics of racial resentment can spawn violence, and that violence aimed at people by virtue of their skin color is terrorism," Comey said.

The personal and racist remarks made by the US President against Democratic Congresswomen recently had received widespread criticism, even from a few members of the Republican party. The remarks were directed at Democrats Alexandria Ocasio-Cortez, Rashida Tlaib, Ilhan Omar and Ayanna Pressley who recently condemned the President's immigration policies.

On Saturday, a gunman opened fire outside Walmart in El Paso and then surrendered to officers who confronted him outside the home. The incident claimed the lives of at least 20 people and injured dozens of others. US attorney for the western district of Texas has said that the incident would be handled as a case of "domestic terrorism".

The incident was followed just 13 hours later by another mass shooting in Dayton, Ohio, that claimed the lives of nine people and injured 27 others. Hours later, a third mass shooting incident took place in Chicago and killed at least seven others.

In a Twitter post on Sunday, Trump had denounced the El Paso attack and called it an "act of cowardice."

"Mr. President, because of what you have done, you owe us more than condolences sent via Twitter. You must stop trying to unleash and exploit the radioactive energy of racism," Comey said.