Migrants will not get welfare for first five years: Donald Trump

For too long, Trump rued, the dreams of many Americans have been put out of reach by Washington. 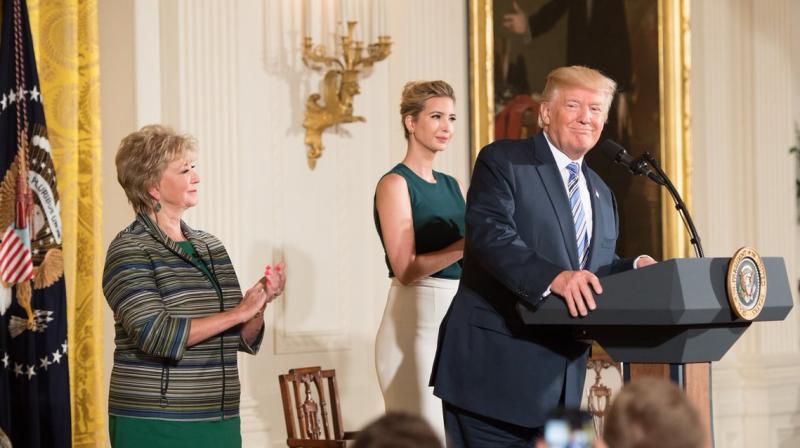 US President Donald Trump said 'I campaigned on creating a merit-based immigration system that protects US workers and taxpayers'. (Photo: Trump/Twitter)

Washington: Days after announcing his support to a merit-based immigration system, President Donald Trump has said that migrants will not get welfare in the first five years after they arrive in the US.

“You cannot get welfare for five years when you come into our country. You can’t just come in, like in past weeks, years and decades--you come in, immediately start picking up welfare,” Trump said in his weekly web and radio address to the nation.

“For five years, you have to say you will not be asking or using our welfare systems. As I said in my address to Congress, the time for dreaming big, bold and daring things for our country has begun,” the US President said.

Trump said early this week that he announced a historic immigration bill to create a merit-based green card system that ends the abuse of welfare system, stops chain migration and protects American workers and economy.

According to the US President, the country is moving in the right direction. H-1B visas not covered in immigration reform proposed by Trump administration

“This week, the DOW Jones Industrial Average reached an all-time high; never ever has it been so high. In May, the unemployment rate hit a 16-year low. And last quarter, real GDP growth increased to 2.6 per cent,” he said.

“Prosperity is coming back to our shores because we’re putting America workers and families first. The American Dream has always been about doing what we love and doing it for the people we love,” he added.

For too long, he rued, the dreams of many Americans have been put out of reach by Washington.

“Washington funded one global project after another, while allowing other countries to drain our jobs and drain the wealth of the United States of America. Then, Washington taxed and regulated our own workers and industries, taking away their ability to earn a living,” he said. But those days are over, Trump said.

“My administration is working tirelessly on behalf of the American people. We have removed regulations and targeted unfair trade practices that are hurting Americans all over the world. We’re ending the war on coal and unleashing American energy. We’re introducing a tax plan to grow our economy and create more jobs,” Trump said.