World   Americas  05 May 2017  Susan Rice not to testify in Russia probe
World, Americas

Susan Rice not to testify in Russia probe

Rice’s lawyer notified the senators chairing the hearing of her decision not to attend in a letter. 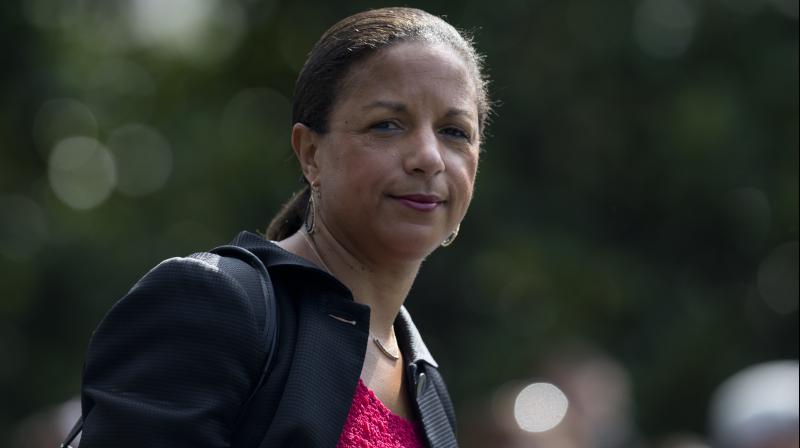 Ms Rice’s lawyer notified the senators chairing the hearing of her decision not to attend in a letter. Two other former Obama administration officials are scheduled to testify before a Senate Judiciary subcommittee on Monday.

The subcommittee is one of three congressional panels investigating Russia’s role in the 2016 election.

Ms Rice’s refusal to testify is the latest twist in the congressional investigations into possible links between Russia and the Trump campaign and the ongoing debate over whether the probes are truly independent and bipartisan. Ms Rice was invited to testify only by the Republican chairman of the subcommittee, and not by the top Democrat on the panel, her lawyer said.

Ms Rice became a central part of the Russia investigation when President Donald Trump said she may have committed a crime when she asked intelligence analysts to disclose the name of a Trump associate mentioned in an intelligence report.

Ms Rice has said she did nothing improper. But she has become a key former Obama administration official in a position to answer questions from lawmakers.

Ms Rice’s attorney, Kathryn Ruemmler, said she is supportive of the committee’s investigation, but it is rare for Congress to ask for testimony from a former president’s national security adviser.

The request for Ms Rice’s testimony also stood out, Ms Ruemmler wrote in the letter, because it came after the hearing was announced and well after the other two witnesses former acting Attorney General Sally Yates and former national intelligence director James Clapper agreed to appear.

But unlike invitations extended to Ms Yates and Mr Clapper, Ms Rice was invited by subcommittee chief Lindsey Graham, not jointly with the panel’s top Democrat, Senator Sheldon Whitehouse of Rhode Island, she said.