'Go back, need to get rid of Indians': Asian family wakes up to hate crime letter

The family, described as Asian by family friend Tony Wadhawan, is too frightened to report it to police, much less discuss it publicly. 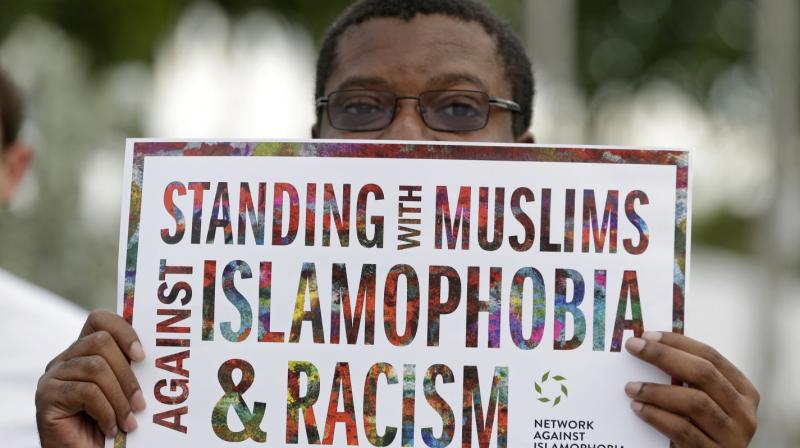 The incident happened in Fort Bend district, a suburb in Houston where the majority of the population is of South Asian origin. (Photo: AP)

Houston: In yet another hate incident since US President Donald Trump assumed office in January, a South Asian family woke up to a flyer that read "we need to get rid of Muslims, Indians and Jews" and asked the communities to "go back".

The incident happened in Fort Bend district, a suburb in Houston where the majority of the population is of South Asian origin.

The flyer read, "Our new President, Donald J Trump, is God's gift to the white nation. We need to get rid of Muslims, Indians and Jews," telling them to "get out of Texas and go back to where you came from".

The family, described as Asian by family friend Tony Wadhawan, is too frightened to report it to police, much less discuss it publicly. They don't know if they were specifically targeted or if their house was selected at random.

"It is literally spewing words of hatred for everybody who isn't white Anglo Saxon," Wadhawan said, adding, "That's basically what this letter says." It is the second instance of hate incidents this week.

Several houses in Sienna Plantation in Fortbend district had swastikas spray-painted on the fences. That was reported to the Fort Bend County Sheriff's Office which is investigating the matter.

Recently, recruitment posters were removed from several Texas universities, including Rice. They were put up by a white nationalist group.

The regional Anti-Defamation League office is seeing an up tick in reports of racially offensive leaflets and fliers in the first month of 2017. In January 2016, it had received about 10 of such reports. This year, the number has doubled.

"Perhaps it is more people reporting what they see," said ADL associate director Dena Marks. "Or, there is something in the current rhetorical climate that makes people want to put this language out and we really need to fight against that," she added.