N Korea's test launch this week of an intercontinental ballistic missile has sent tensions soaring once again on the Korean peninsula. 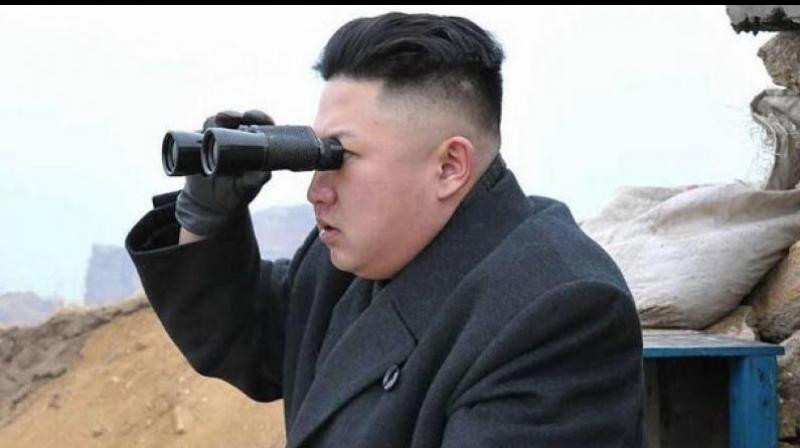 North Korea has boasted – and western experts agree – that the missile tested on Wednesday is capable of reaching the United States. (Photo: AP/File)

Washington: A top Republican lawmaker warned Sunday that the United States moves closer to preemptive war with North Korea every time Pyongyang carries out a missile or nuclear test.

North Korea's test launch this week of an intercontinental ballistic missile has sent tensions soaring once again on the Korean peninsula, after a two month lull.

"If there's an underground nuclear test, then you need to get ready for a very serious response by the United States," Senator Lindsey Graham said on CBS' "Face the Nation."

His remarks echoed those of National Security Advisor HR McMaster, who told a security forum in Washington on Saturday that the potential for war with North Korea "is increasing every day."

The United States has demanded tougher international sanctions, including cuts in oil shipments to the isolated state, but both McMaster and Graham suggested that the risk of war is growing despite the diplomatic efforts.

"We are in a race to be able to solve this problem," said McMaster. "This would be the most destabilising development I think in the post World War II period. It's something that places us at direct risk but places the world at risk."

Graham, a foreign policy hawk, said he has had extensive discussions with the Trump administration about the situation.

The administration's policy, he said, is "to deny North Korea the capability to hit America with a nuclear-tipped missile. Not to contain it."

"Denial means preemptive war as a last resort. That preemption is becoming more likely as their technology matures. Every missile test, every underground test of a nuclear weapon, means the marriage is more likely.

"I think we're really running out of time. The Chinese are trying, but ineffectively," he said.

Beijing has backed a slew of sanctions that include bans on imports of North Korean coal, iron ore and seafood.

But China has refused to turn off its pipeline shipping crude to North Korea.

North Korea has boasted – and western experts agree – that the missile tested on Wednesday is capable of reaching the United States.

In September, it conducted its sixth and most powerful nuclear test. It is unclear whether it has succeeded in making nuclear warheads small enough to be put atop a missile.