Obama was tapping my phones just prior to election: Donald Trump

The US President, however, did not provide any proof to substantiate the allegations he made against Obama. 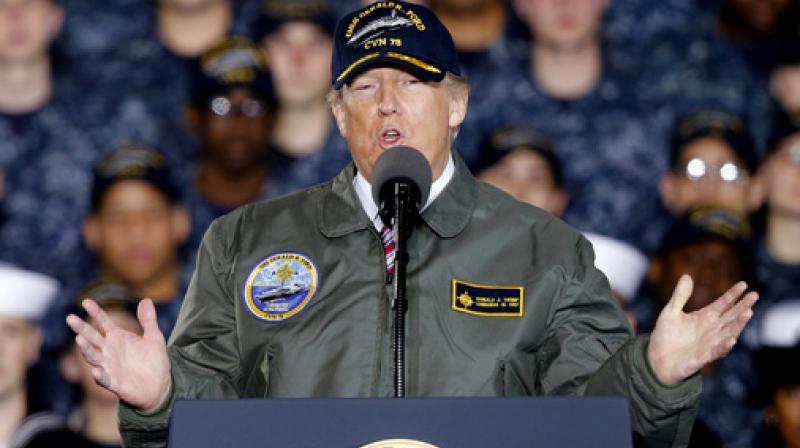 Washington: US President Donald Trump on Saturday claimed that former president Barack Obama tapped his phones in Trump Tower prior to presidential elections.

Trump made the allegations, without citing the source of the information, in a series of tweets and said that the former president found nothing against him.

“Terrible! Just found out that Obama had my "wires tapped" in Trump Tower just before the victory. Nothing found. This is McCarthyism!” he tweeted.

Trump claimed that his office was tapped despite a court order had ruled against it.

“Is it legal for a sitting President to be "wire tapping" a race for president prior to an election? Turned down by court earlier. A NEW LOW! I'd bet a good lawyer could make a great case out of the fact that President Obama was tapping my phones in October, just prior to Election!” he tweeted further.

The US President, in an attempt to defend Jeff Sessions, also claimed that the Russian Ambassador who met Jeff Sessions had also visited Obama in the White House “22 times; 4 times last year alone”.

“The first meeting Jeff Sessions had with the Russian Amb was set up by the Obama Administration under education program for 100 Ambs...,” he tweeted.

The US President, however, did not provide any proof to substantiate the allegations he made against Obama.