The Dodd–Frank Wall Street Reform and Consumer Protection Act was put in place in the Obama administration after the 2008 sub-prime crisis. 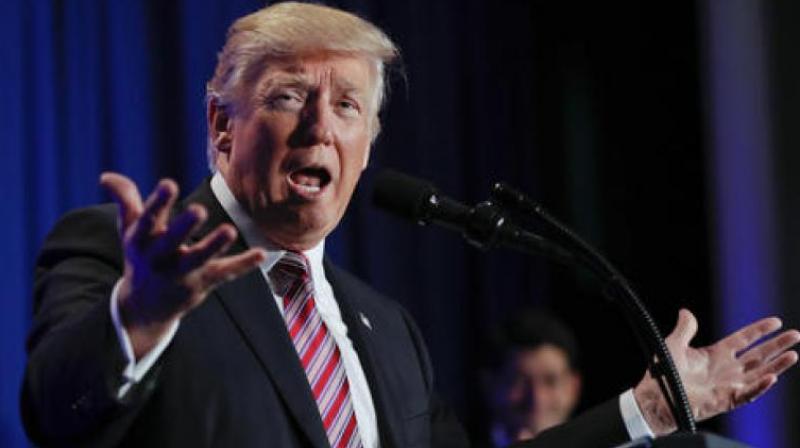 Washington: President Donald Trump has launched his long-promised attack on banking rules that were rushed into law after the nation's economic crisis, signing new orders after meeting with business and investment chiefs and pledging further action to free big banks from restrictions.

Wall Street cheered him on, but Trump risks disillusioning his working-class voters. On Friday, he directed his Treasury secretary to review the devilishly complex 2010 Dodd-Frank financial oversight law, which was signed by President Barack Obama to overhaul regulations after the financial and housing crisis of the past decade.

It aimed to restrain banks' from misdeeds that many blamed for the crisis.

The new president also signed a memorandum instructing the Labor Department to delay an Obama-era rule that requires financial professionals who charge commissions to put their clients' best interests first when giving advice on retirement investments.

While the order on Dodd-Frank, named after its Democratic sponsors, won't have an immediate impact, Trump's intent is clear. The law has been a disaster in restricting banks' activities, he said earlier this week. "We're going to be doing a big number on Dodd-Frank."

During a meeting with business leaders, including JPMorgan Chase CEO Jamie Dimon on Friday, he said, "Frankly I have so many people, friends of mine that have nice businesses that can't borrow money. They just can't get any money because the banks just won't let 'em borrow because of the rules and regulations of Dodd-Frank." Those regulations unnecessarily cramp the US economy and job creation, he declared. But many Democrats see it differently, including Sen. Elizabeth Warren, who was behind the formation of the Consumer Financial Protection Bureau, formed as part of the Dodd-Frank law.

"Donald Trump talked a big game about Wall Street during his campaign but as president, we're finding out whose side he's really on," Warren said in a statement.

"The Wall Street bankers and lobbyists whose greed and recklessness nearly destroyed this country may be toasting each other with champagne, but the American people have not forgotten the 2008 financial crisis and they will not forget what happened today."