World   Americas  03 Mar 2017  Bill against outsourcing placed in US Cong to curb transfer of jobs to India
World, Americas

The move will make companies that shift call centres overseas ineligible for grants or guaranteed loans from the govt. 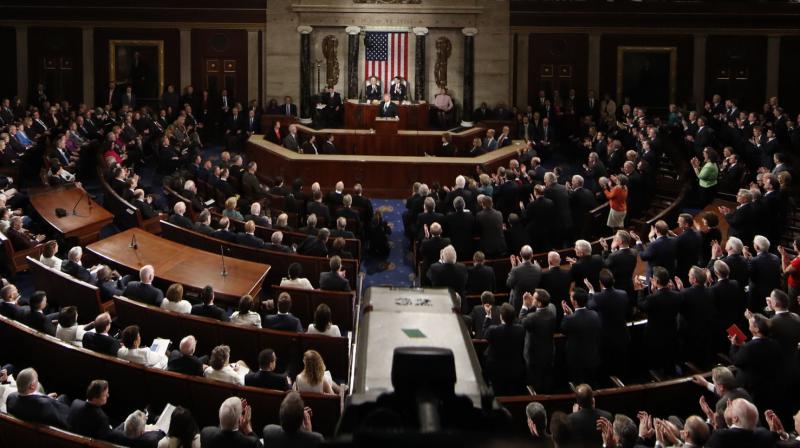 US President Donald Trump addresses a joint session of the US Congress. (Photo: AP)

Washington: A bipartisan Bill was on Friday reintroduced in the US Congress to make companies that move call centres overseas ineligible for grants or guaranteed loans from the government, a move aimed at curbing the transfer of jobs to nations like India.

Introduced by Congressmen Gene Green from the Democratic Party and Republican David McKinley, the US Call Center and Consumer Protection Act would deter companies from shipping American jobs overseas and incentivise them to locate in the US by creating a public list of "bad actors" consisting of those that shipped all or most of their service work overseas.

"Being on the list would make these actors ineligible for federal grants or guaranteed loans, would require overseas call centres to disclose their locations to customers, and would require them to comply with US consumers' request to be transferred to a service agent physically located in the US," the two lawmakers said.

The legislation is similar to a bill introduced in 2013 that would have required disclosure of a call centre location to consumers, along with the option to transfer to a domestic call centre.

"It is important that American workers continue to have access to good service sector jobs and receive a livable wage," he said.

"Unfortunately, we have seen call centre jobs moved overseas to India, the Philippines, and other countries. This bipartisan legislation will protect call centre workers in Texas and throughout the country, and American consumers from unfair treatment," he added.

In the last decade, there has been an increase in companies relocating their call centres overseas where foreign workers are often exposed to dismal labour conditions and paid cheaper wages, the Congressmen said.

At the same time, communities across the country have committed millions in taxpayer dollars to fund incentives for companies to bring jobs to their neighborhoods, but have been left empty-handed, they observed.

"Our number one priority in Congress is protecting and creating American jobs," said Mr McKinley.

"Plain and simple, we should not be rewarding companies for moving jobs offshore. This bill does not mandate that companies keep call centres here in America, but simply says if you move call centre jobs offshore, you don t receive funding from the government. This should be common sense," he said.