Lawsuit settlement will allow number of foreigners from seven Muslim-majority countries to work with justice department on new application. 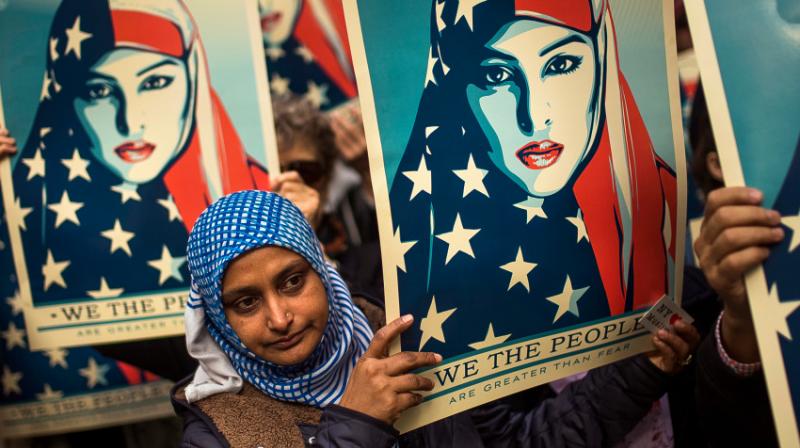 Washington: Foreigners who were barred from entering the US during Donald Trump’s first attempt to ban travel from seven Muslim-majority countries will get government help reapplying for visas under a lawsuit settlement reached on Thursday.

Civil rights lawyers and the Trump administration announced the deal during a conference call in federal court in Brooklyn, one scene of the legal battle over the treatment of hundreds of travelers who were processed at US airports over a chaotic weekend in January.

Under the terms of the settlement, the government agreed to notify an unspecified number of people overseas who were banned that they can reapply for visas with the help of a Department of Justice (DoJ) liaison for a three-month period. In return, the plaintiffs said they would drop all their claims.

“We are pleased with the settlement and that this chapter in the fight is done,” said Lee Gerlent, an American Civil Liberties Union (ACLU) attorney.

Gerlent said it was unclear how many people would benefit from the settlement because the government has refused to disclose the total.

A DoJ statement read: “Although this case has been moot since March, when the president rescinded the original executive order and issued a new one that does not restrict the entry of Iraqi nationals, the US government has elected to settle this case on favorable terms.”

The ACLU, along with the National Immigration Law Center and the International Refugee Assistance Project, sued on behalf of two Iraqi nationals after the Trump administration implemented a policy on 27 January that barred entry of visa holders from Iran, Iraq, Libya, Somalia, Sudan, Syria and Yemen. One of the plaintiffs was Hameed Khalid Darweesh, a translator who has done work for the US military, who was detained at John F Kennedy international airport.

A federal judge blocked the ban eight days later in a ruling upheld by a circuit court. Rather than pursue an appeal, the administration said it would revise the policy.

In June, the supreme court found that the narrower order could be enforced if those visitors lacked a “credible claim of a bona fide relationship with a person or entity in the United States”.