US preparing to withdraw thousands of troops from Afghanistan

The Taliban and the US are getting closer to a deal centred around the latter's promise to withdraw its troops from the war-torn country. 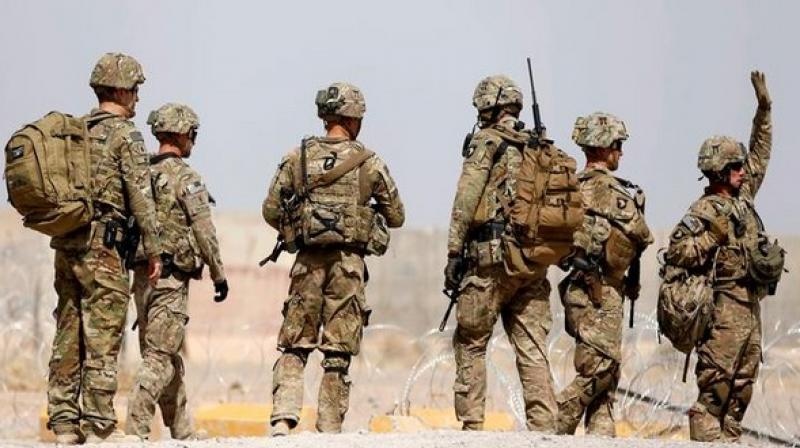 Washington: The United States is preparing to withdraw thousands of its troops from Afghanistan as part of an agreement with the Taliban to end the 18-year-long war, US officials have said.

The agreement, if reached, would cut the number of American troops in the country from 14,000 to between 8,000 to 9,000, the officials added. It may be noted that the said figure is nearly the same as when President Donald Trump assumed office in 2016, reported the Washington Post.

The Taliban and the US are getting closer to a deal centred around the latter's promise to withdraw its troops from the war-torn country, in exchange for the guarantee by the former that the Afghan soil, particularly the areas under the Taliban's control, would not become a platform for transnational terrorism.
"I would say that they are 80 or 90 per cent of the way there," said a US official. "But there is still a long way to go on that last 10 or 20 per cent."

During the meeting, Qureshi said that Pakistan welcomes the progress achieved in the Afghan talks and would continue to play a supportive role for the successful outcome of the peace efforts.

Suhail Shaheen, the spokesperson for the Taliban's political office in Qatar, had recently told the Voice of America that they are hopeful of reaching an agreement with the United States during the upcoming talks. Shaheen added that the Taliban negotiators have done their part and it is now up to the American side whether they have "made up their mind" and take the next step of winding up the dialogue process.

Understandably, once the agreement between the US and the Taliban is inked, it will require the latter to immediately enter into negotiations with Afghan stakeholders. It may be noted that the Taliban, so far, have consistently refused to hold direct talks with President Ashraf Ghani's government, denouncing it as a puppet administration.

"We are committed that when the final agreement is signed with the Americans for the withdrawal of their troops and the timetable is given and international guarantors are witnessing the final signature, after that, we will go to the inter-Afghan dialogue," chief Taliban negotiator, Sher Abbas Stanikzai had said earlier this month.