US: Lawsuit accuses Fox of contrive 'fake news' for Trump over Russia probe

Fox retracted the article on May 23, but the lawsuit accuses the channel of not clearing Wheeler's name and that he had been misquoted. 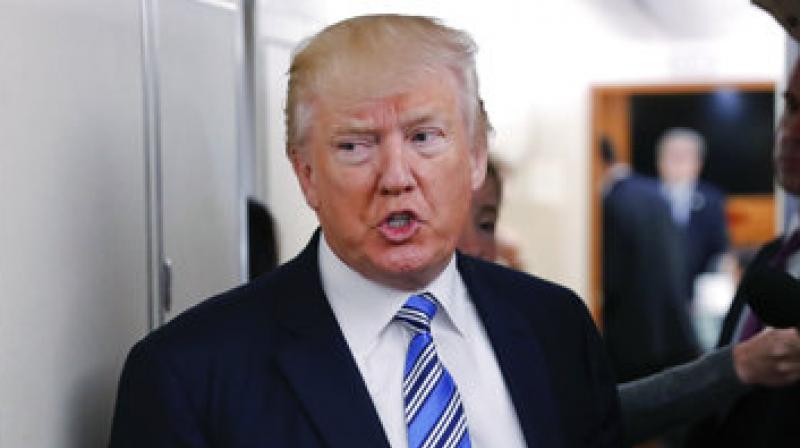 It alleges a May 16 article sought to promote a claim that a murdered Democratic National Committee staffer was the source of leaked DNC emails during last year's election campaign. (Photo: File)

New York: Fox News contrived with a Donald Trump supporter and the White House to fabricate "fake news" to advance the president's agenda and try to bury speculation that his campaign colluded with Russia, a lawsuit is claiming.

The suit, filed at the US federal court house in Manhattan in Wednesday, is brought by Rod Wheeler, a Fox News contributor and retired police detective, against the television network, one of its journalists and another of its contributors.

It alleges a May 16 article sought to promote a claim that a murdered Democratic National Committee staffer was the source of leaked DNC emails during last year's election campaign, and not Russian hackers as the US intelligence community said.

"The motivation behind the article shift the blame from Russia and help put to bed speculation that President Trump colluded with Russia in an attempt to influence the outcome of the presidential election," the 33-page suit alleges.

It quoted one of the defendants wealthy Trump supporter Ed Butowsky as claiming that the US president reviewed the article "prior to its publication and sought to get the article published 'immediately.'" The article included "fabricated" quotes from Wheeler, the suit alleges.

When Wheeler called to complain, he was told by Butowsky that the quotes were included "because that is the way the president wanted the article." Butowsky also allegedly kept Sean Spicer, then White House spokesman, and senior Trump aide Steve Bannon, informed about his efforts, the suit claims.

Fox retracted the article on May 23, but the lawsuit accuses the channel of not clearing Wheeler's name and never admitting that he had been misquoted. Fox News on Tuesday said the accusation that it published the story "to help detract from coverage of the Russia collusion issue is completely erroneous."

"The retraction of this story is still being investigated internally and we have no evidence that Rod Wheeler was misquoted," said president of news, Jay Wallace. Seth Rich, a 27-year old DNC Staffer, was shot dead on July 10, 2016. Police determined that the murder occurred in the course of a botched robbery.

The defamation lawsuit alleges that Wheeler "lost all credibility in the eyes of the public" and "suffered irreparable damage to his reputation and his career."