The lawmakers said their legislation provides protections for American workers and visa holders as it calls for more transparency. 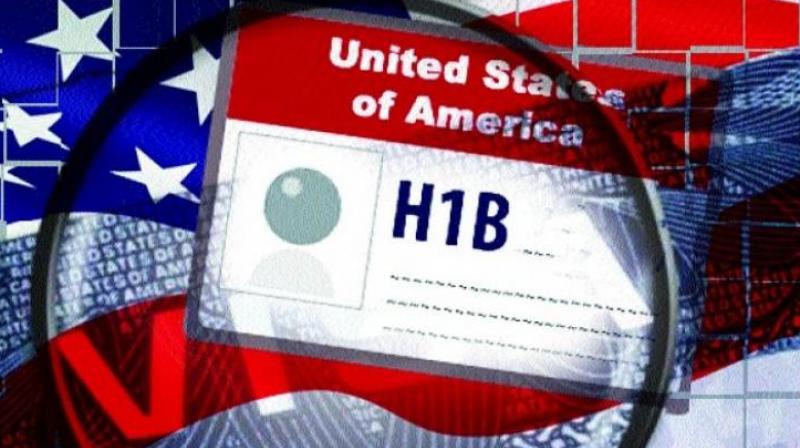 US lawmakers urge President Donald Trump to use his authority to the greatest extent possible to stop H1B visa abuses. (Photo: Representational/File)

Washington: A bipartisan group of influential lawmakers from both the House and Senate has urged US President Donald Trump to crackdown on jobs outsourcing companies and reform the H-1B and L-1 visa systems.

"We write because for far too long the H-1B visa has been abused by some corporations as a way to displace American workers with cheap foreign labour. We urge you to use your authority as President to the greatest extent possible to stop H-1B abuses, but we believe reform also must happen legislatively because of loopholes in the law," the lawmakers said in a letter to the President.

In the letter dated July 27, which was released on Tuesday,  they said the legislation H.R.1303 and S.180, the H-1B and L-1 Visa Reform Act of 2017 introduced by them close these loopholes and overhaul these visa programs to protect American workers and crack down on outsourcing companies which deprive qualified Americans of high-skill jobs.

"This bipartisan bill will restore the H-1B visa program to its original intent, protect American workers, and preserve the limited H-1B visas for high-skilled foreign workers," the letter said.

Led by Congressman Bill Pascrell, the letter was signed by Senator Richard Durbin, Congressmen Dave Brat, Ro Khanna and Paul A Gosar among others.

The lawmakers said their legislation provides protections for American workers and visa holders as it calls for more transparency in the recruitment of foreign workers. The bill, they said, addresses gaps in the current law by requiring that the employers make a good faith effort to recruit and hire American workers before bringing in guest workers.

In addition, the bill also asks for prohibiting employers from replacing American workers or giving preference to visa holders when they are filling open positions. It also proposes to modify existing H-1B wage requirements to ensure employers pay foreigners comparable wages in the area of employment.

Current law allows the payment of below-market wages to H-1B workers across industries and geographic areas and even allows H-1B-dependent employers and employers who have previously wilfully violated H-1B program requirements to avoid obligations to recruit US workers and not displace them simply by paying a USD 60,000 annual wage.

"Merely raising this wage floor to another arbitrary level will not prevent future abuse," they said. Instead, the bill would end the "exempt" H-1B worker loophole and would peg H-1B salaries to current wage levels by requiring employers to pay the highest wage applicable to each occupation and geographic area from three categories.

Noting that the current law makes it easy for outsourcing companies to circumvent the intent of the H-1B visa by bringing in guest workers to displace American workers, the lawmakers wrote the bill prohibits the outsourcing or leasing of H-1B workers to other employers and prevents an employer with more than 50 employees in the US from hiring additional H-1B workers if the employer's US workforce is more than 50 per cent of the H-1B and L-1 visa holder workers.

In the letter, the lawmakers have opposed allocating visas by lottery. This does not allow the government to determine how it awards the 85,000 visas and outsourcing companies are thus able to secure tens of thousands of H-1B visas annually to offshore American jobs.

"Our bill creates specific categories of H-1B workers to give preference in the allocation of visas based on education, training, and economic value. Further, our bill amends the law to provide the Secretary of Homeland Security with discretion to allocate H-1B visas within this framework in any manner or order the secretary deems appropriate," the lawmakers wrote.