Admiral Paul Zukunft said the service had reached out to the 13 Coast Guardsmen who have come out as transgender. 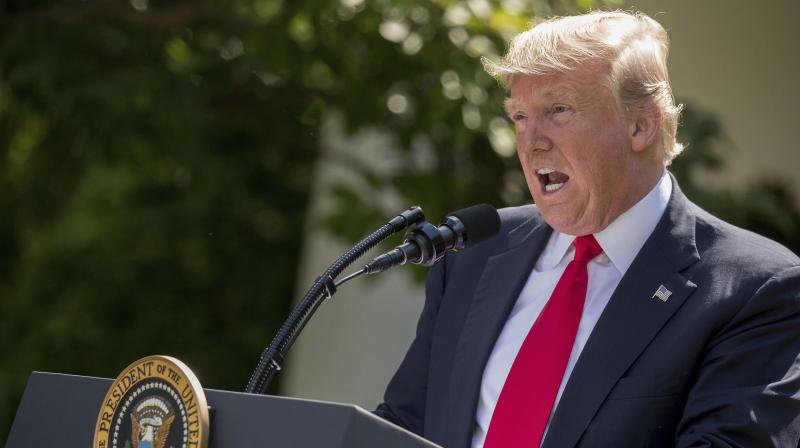 US President Donald Trump last week had said transgender would be banned from the military. (Photo: AP)

Washington: The head of the US Coast Guard said Tuesday he would not "break faith" with transgender personnel, after President Donald Trump said they would be banned from the military.

In a series of three tweets last week, Trump upended an Obama-era policy of more than a year that allowed transgender troops to serve openly.

His tweeted announcement came with little or no coordination with the Pentagon and landed while Defense Secretary Jim Mattis was on vacation, leaving the astonished department scrambling to come up with a coherent response.

Speaking at a Washington think tank, Admiral Paul Zukunft, who is the commandant of the Coast Guard, said the service had reached out to the 13 Coast Guardsmen who have come out as transgender.

"Very small numbers, but all of them are doing meaningful Coast Guard work today," he said.

Zukunft said he had read a story in the Washington Post about a young lieutenant who had undergone gender reassignment surgery and was worried about Trump's tweets that transgender troops would not be allowed "to serve in any capacity" in the military.

"I reached out personally to Lieutenant Taylor Miller, who was featured on the cover of The Washington Post last week," Zukunft said.

The Coast Guard is a branch of the military and generally follows the Department of Defense on personnel matters.

When asked whether Zukunft's comments mean the Coast Guard would disregard Trump's tweets, spokeswoman Lisa Novak told AFP: "Those comments are made by the commandant, and those are his own comments."

In a statement, the Coast Guard said it "follows closely with the DOD on human resources policies. We are currently in contact with them on how those policies may be effected."

Zukunft added that the Coast Guard had stood up a team of military lawyers following Trump's tweets.

In the six days since Trump's tweets, the White House has still not provided the Pentagon with clear directives on how it should implement a transgender ban, so the current policy remains in place for now.

The Pentagon has not been able to say whether Mattis was even consulted about the ban ahead of time or merely informed after the decision was made.