Officials insisted the dialogue wasn't centred on North Korea or anything else in particular. 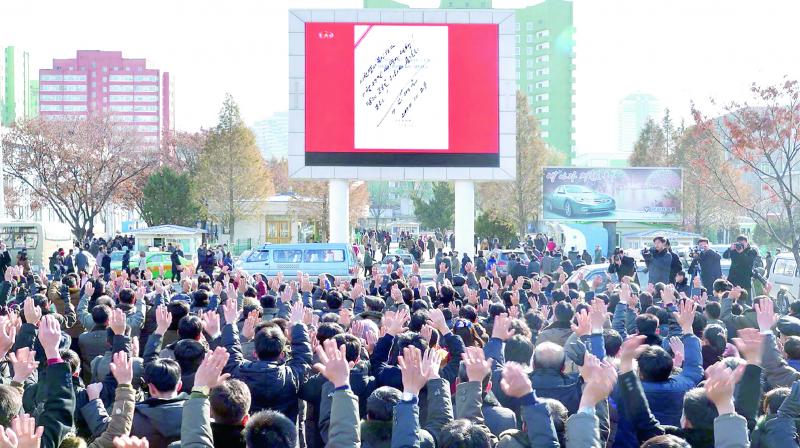 Washington: US and Chinese generals on Thursday engaged in an unusual set of security talks, just hours after North Korea's most powerful missile test yet, focused on how the mighty American and Chinese militaries might communicate in a crisis.

As President Donald Trump greeted the North's launching of another intercontinental ballistic missile with familiar demands for China to get tougher with its ally, the low- profile and unpublicised meeting at the National Defence University in Washington was taking place amid signs China is more willing to discuss how the two world powers would manage an even worse emergency on the divided Korean Peninsula.

The Pentagon stressed the talks were scheduled long before North Korea's surprise missile launch in the early hours of Wednesday in Asia. Officials insisted the dialogue wasn't centred on North Korea or anything else in particular.

Mr Trump has vowed to prevent North Korea from having the capability to strike the US mainland with a nuclear-tipped missile, using military force if necessary.

He is running out of time: Some experts said the missile fired on a high trajectory that splashed down in the Sea of Japan showed North Korea's ability to strike Washington and the entire US Eastern Seaboard.

The threat of a military confrontation is making China rethink its resistance to discussing contingencies involving North Korea, according to experts.

Such discussions have long been off-limits for Beijing, which fought on North Korea's side against the United States in the 1950-53 Korean War and remains its treaty ally.

In a phone conversation with Trump yesterday, Chinese President Xi Jinping reiterated his desire for a diplomatic resolution to the standoff with North Korea.