Freedom of speech, freedom of religion, and human rights inside Pakistan is getting worse, the official added. 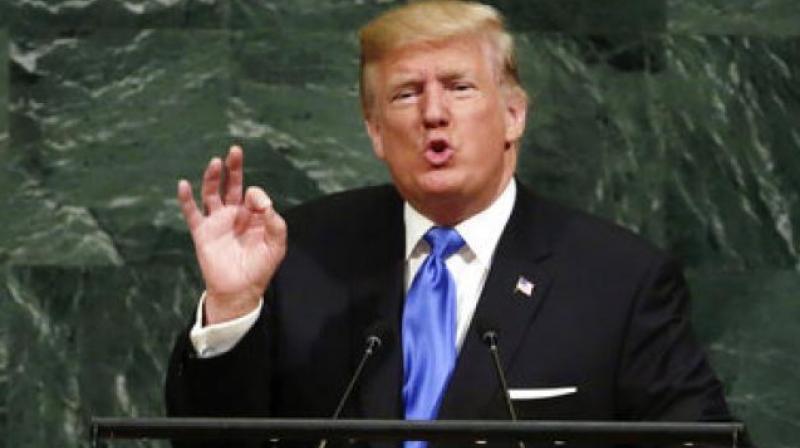 The handling of protests had made it easier in Pakistan for people to levy blasphemy charges which are very unhelpful. (Photo: AP)

Washington: The Trump administration is concerned that the manner in which recent protests ended in Pakistan have emboldened extremists, a senior administration official has said, noting that the US was "observing" the situation, in particular the military's role in it.

"We have seen unhelpful relationships between the military and some of the hardline Islamist parties. We are observing...what happened and what role was played by the military. There is concern that the way these protests ended has emboldened extremism and extremists in Pakistan," the official said.

Observing that the "civil military tension" in the country are "not helpful", the official said: "The government, right now, is pretty weak. This was shown by the recent protest."

The official rued that the handling of protests had made it easier in Pakistan for people to levy blasphemy charges which are very unhelpful.

There are dozens of Pakistanis on death row for alleged blasphemy in public.

"So it's extremely unhelpful the... harsh punishments...in the blasphemy legislation. And unfortunately, the way the protests were ended has probably only embolden those elements. They feel they can take the law into their own hands and continue to levy blasphemy charges, which is unhelpful," said the official who did not wish to be named.

Freedom of speech, freedom of religion, and human rights inside Pakistan is getting worse, the official added.

The White House official further warned that there would be "repercussions" for any military coup in Pakistan, which has a history of such dictatorship at frequent intervals.

"I think the repercussions of military coup would be very great," the official said.

Not only US-Pakistan relationship would be disrupted, all kinds of sanctions would come into play in case of a military coup.

"It would be very unhelpful," the official said, but quickly added "at this point of time I'm not convinced that the military is seeking to overturn the government."

But, the military certainly seeks to retain the power that they have within the Pakistani system.

"It would just be extremely unhelpful to see the military try and form the government again," the official said, hoping the upcoming general elections in Pakistan would be held on schedule in 2018.

"We're hopeful that there will be election in Pakistan as scheduled to be. And we recognise there may be some political uncertainties leading up to that election. But I think it's very important that that election is held and that Pakistan demonstrates to the world and to its own people that it continues to be a functioning democracy," the official said.

Meanwhile, Nicholas J. Rasmussen, Director of National Counterterrorism Centre told a Congressional hearing that the threat from core Al-Qaida in the tribal areas of Pakistan or in eastern Afghanistan has not been eliminated.

"We believe that Al-Qaida and its adherents in the region still aspire to conduct attacks and will remain a threat as long as the group can potentially regenerate capability to threaten the Homeland with large-scale attacks," he said.

According to him, Al-Qaida's allies in South Asia - particularly the Taliban and the Haqqani Network – also continue to present a "high threat to our regional interests".