Mexican president not spoken to Trump to praise border policy

The G20 sit-down was the first official meeting between the two presidents, whose relationship has been tense. 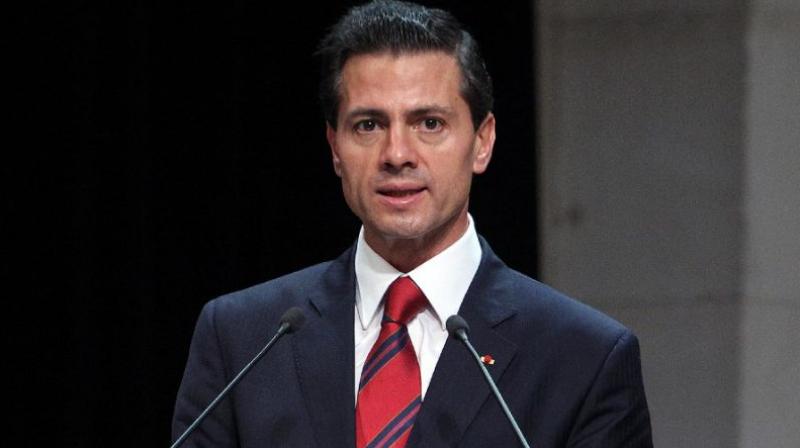 The two leaders had last discussed migration issues when they met on the sidelines of the G20 summit in Germany on July 7. (Photo: AFP)

Mexico City: Mexican President Enrique Pena Nieto has said he had not recently spoken to Donald Trump on the phone, after the US leader boasted his counterpart had called him to praise his border policy.

Trump made the comments as he presented his new chief of staff, former Homeland Security secretary John Kelly, who is tasked with restoring order to a White House beset by scandal, infighting and legislative defeats.

"At Homeland, what he has done has been nothing short of miraculous," Trump said of Kelly. "As you know, the border was a tremendous problem and they're close to 80 percent stoppage. And even the president of Mexico called me they said their southern border, very few people are coming because they know they're not going to get through our border, which is the ultimate compliment." Pena Nieto's office rejected that account.

"President Enrique Pena Nieto has not recently communicated with President Donald Trump by phone," it said in a statement on Monday. It said the two leaders had last discussed migration issues when they met on the sidelines of the G20 summit in Germany on July 7.

At the time, it said, Pena Nieto shared Mexican figures showing that 31 per cent fewer Mexicans had been deported from the United States in the first half of 2017 compared to the year before, and that 47 percent fewer migrants had entered Mexico from Central and South America.

The G20 sit-down was the first official meeting between the two presidents, whose relationship has been tense. In January, Pena Nieto cancelled a trip to Washington in response to Trump's insistence that Mexico pay for his planned border wall plunging the countries' relations into their biggest crisis in decades.

Nerves are still raw in Mexico over the wall, Trump's attacks on Mexican immigrants as "criminals, drug dealers and rapists," and his insistence on renegotiating the North American Free Trade Agreement, which he accuses of shipping US jobs south of the border.