'I spend more time with the President than anyone else and we have an incredibly candid and strong relationship,' Kelly said. 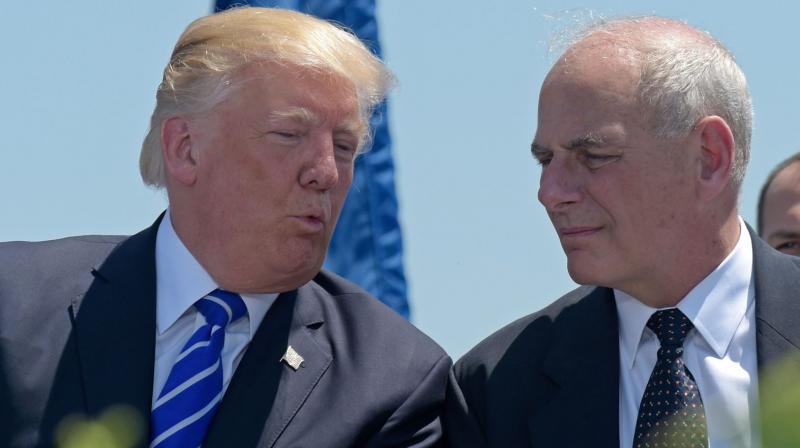 Hours later, Kelly was joined by President Trump himself on Twitter to refute such an impression of the White House. (Photo: AP)

The report by NBC news, based on multiple unnamed sources from the White House, alleged that Kelly has referred to Trump as "an idiot" multiple times to underscore his point. The retired general immediately refuted the allegations.

"I spend more time with the President than anyone else and we have an incredibly candid and strong relationship. He always knows where I stand and he and I both know this story is total BS. I am committed to the President, his agenda, and our country," he said.

"This is another pathetic attempt to smear people close to President Trump and distract from the administration's many successes," Kelly said in a statement.

Hours later, Kelly was joined by President Trump himself on Twitter to refute such an impression of the White House.

"The Fake News is going crazy making up false stories and using only unnamed sources (who don't exist). They are totally unhinged, and the great success of this Administration is making them do and say things that even they can't believe they are saying. Truly bad people!" said the US President, who now has over 51 million Twitter followers.

"There is great Energy and unending Stamina, both necessary to get things done. We are accomplishing the unthinkable and setting positive records while doing so! Fake News is going "bonkers!" Trump said.

NBC said that Kelly has eroded morale in the West Wing in recent months with comments to aides that include insulting the president's intelligence and casting himself as the saviour of the country.

"The officials said Kelly portrays himself to Trump administration aides as the lone bulwark against catastrophe, curbing the erratic urges of a president who has a questionable grasp on policy issues and the functions of government," the news channel said.

"He doesn't even understand what DACA is. He's an idiot," Kelly said in one meeting, two officials who said they were present told NBC News. "We've got to save him from himself," the channel reported Kelly as having said.

Meanwhile, three other White House spokespersons told NBC that they do not believe that Kelly ever called Trump an idiot.