In first address to US Congress, Trump condemns Kansas shooting 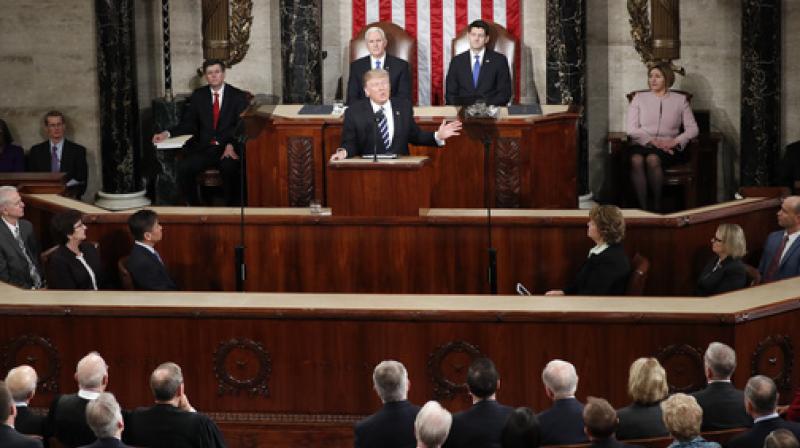 Washington: In his maiden speech to the US Congress, Donald Trump condemned the shooting of an Indian engineer in Kansas and said hate of all types are to be condemned.

Srinivas Kuchibhotla was killed in the shooting by US Navy veteran Adam Purinton at a bar in Olathe, Kansas, last Wednesday. Two others, including Indian engineer Alok Madasani and an American national, who tried to intervene to stop the shooting, were injured in the attack.

The President has also pushed to country's citizens first with his 'Buy American, Hire American' strategy and has called for the repeal of Obamacare.