US government: 872 refugees get relief amid outcry

The document did not give the nationalities of the refugees who will be admitted into the US. 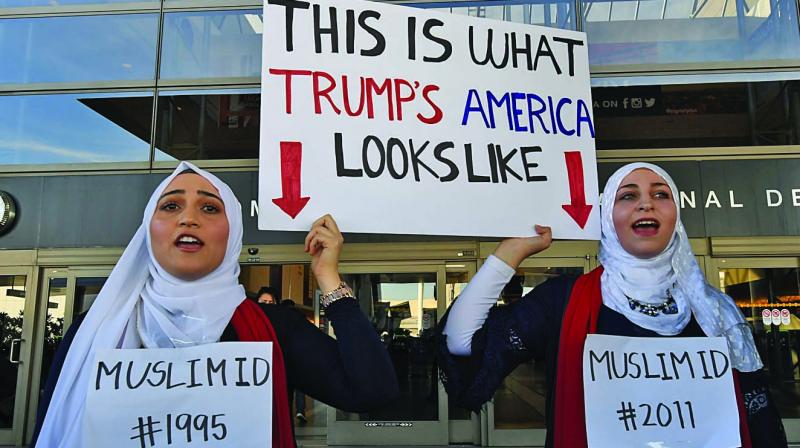 Washington: The US government has granted waivers to let 872 refugees into the country this week despite President Donald Trump’s executive order on Friday temporarily banning entry of refugees from any country, according to an internal department of homeland security document.

A homeland security official speaking on condition of anonymity confirmed the waivers, noting that the refugees were considered “in transit” and had already been cleared for resettlement before the ban took effect. Refugees preparing for resettlement typically have severed personal ties and relinquished their possessions, leaving them particularly vulnerable if their plans to depart are suddenly cancelled.

The waivers, granted by the state department and the department of homeland security (DHS), came amid international protests against Mr Trump’s rushed executive order. Critics said the order in some cases was not clearly communicated to the agencies responsible for implementing it. It was not known if additional waivers would be granted, the official said. The document did not give the nationalities of the refugees who will be admitted into the US.

Over the weekend, non-refugee visitors from seven majority-Muslim countries also targeted in Mr Trump’s executive order were detained, deported and in some cases blocked from boarding flights to the US. The internal DHS document said that between late Friday and early Monday, 348 visa holders were prevented from boarding US-bound flights. In addition, more than 200 people landed in the US but were denied entry, the document showed. More than 735 people were pulled aside for questioning by the customs and border protection officers in airports, including 394 legal permanent US residents holding green cards, over the same time period.

The 872 refugees to be admitted this week, under the waivers, were screened using Obama administration procedures, which take around two years and include interviews and a background check.