Those detained, included a female activist, who are accused of links to the Muslim Brotherhood group. 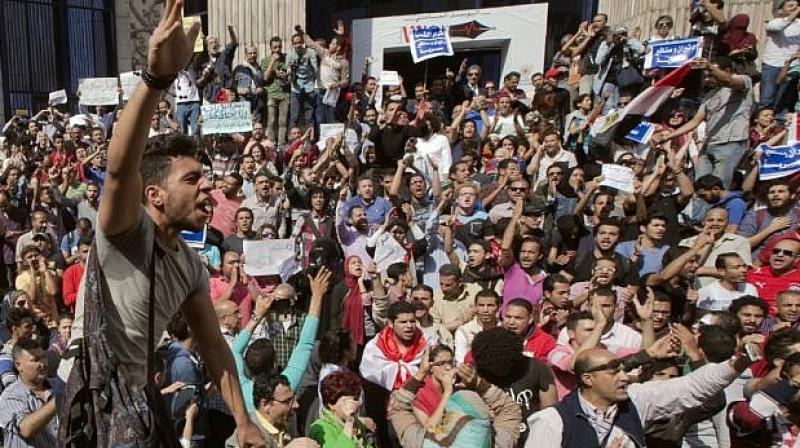 Egypt's President Abdel-Fattah el-Sissi is a close ally of Trump, whose announcement triggered protests across the world. (Photo: AP)

Cairo: A top Egyptian rights lawyer says at least eight protesters were detained and accused of "association with a terrorist organisation" after joining a small protest in Cairo over the Trump administration's decision to recognize Jerusalem as Israel's capital.

Khaled Ali says the protesters were arrested on Saturday in front of the Egyptian Press Syndicate in downtown Cairo after rallying against President Donald Trump's move.

It wasn't immediately possible to reach the prosecutors on Monday for a comment.

Ali says those detained, including a female activist, are accused of links to the Muslim Brotherhood group, Egypt's onetime largest Islamist group which was outlawed after the ouster of the Islamist President Mohammed Morsi in 2013.

Egypt's President Abdel-Fattah el-Sissi is a close ally of Trump, whose announcement triggered protests across the world.