The second generation of the modular smartphone comes with updates specifications and brings along new Moto Mods. 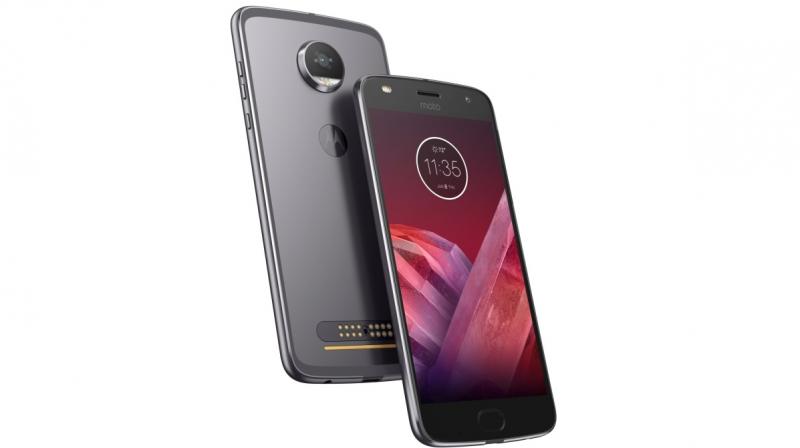 The new second generation smartphone is available exclusively on Flipkart for a price of Rs 27,999 for the 4GB+64GB variant, marking it higher than the first generation model.

Lenovo-led Motorola has launched the Moto Z2 Play in India after a weak of its international launch. The new second generation smartphone is available exclusively on Flipkart for a price of Rs 27,999 for the 4GB+64GB variant, marking it higher than the first generation model. Motorola has also launched the new Moto Mods for the new phone as well as the previous generation phone.

To recall, The Z2 Play is a mid-range handset, just like the previous one. However, it has an upgraded processor, more RAM and an upgraded camera sensor. The phone uses the Qualcomm Snapdragon 626 chipset and partners with 3/4GB of RAM to handle everyday tasks. The new 12MP camera sensor comes with a dual-pixel autofocus technology and has an aperture of f/1.7, on par with the Samsung Galaxy S7’s unit.

There’s also a 5MP camera with dual-LED flash The battery, however, gets a downgrade to 3,000 mAh battery, which promises to deliver around 30 hours of standby time between full charges. The display is a full HD AMOLED unit with redesigned fingerprint sensor housing at the bottom. The phone will ship with Android 7.1.1 Nougat and will have certain software tricks under its sleeves like a blue-light filter and new voice controls for getting basic information.

Prices for the Moto Mods haven’t been announced yet, but they should be available soon. The Indian variant of the Moto Z2 Play also has a dual-SIM support.

Apart from attractive financing schemes, Motorola is also offering the Moto Armor pack which includes an aluminium case, back shell, selfie-stick, and protective film only for pre-booking customers. Reliance Jio users will also get an additional 100GB 4G data offer, which is applicable to regular buyers as well.