A power bank recently caught fire onboard an aircraft in China, which could lead to banning them on flights entirely. 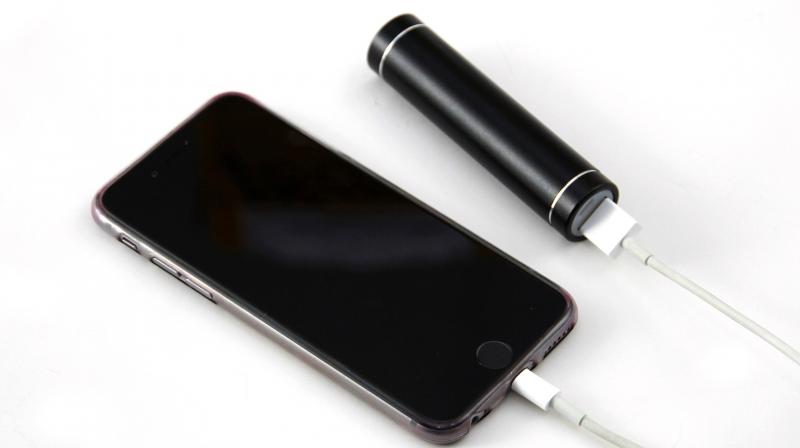 You may get a fancy looking power bank imported from China from the roadside vendors for as low as Rs 300, but it doesn’t make sense when you consider the fact that they can go wrong anytime, anywhere.

We all know that Li-ion batteries aren’t safe — thanks to the highly flammable Lithium used in it. There have been numerous reports of smartphone batteries exploding due to various faults, both in defective and destructive areas. We also witnessed consequences of batteries resulting in injuries with the infamous Samsung Galaxy Note 7 smartphones in 2016, which was eventually recalled and pulled-off from the market. Following the Note 7 incident, the airline industry takes special care of any device consisting of Li-ion batteries, especially power banks. All airlines today make special note of passengers carrying power banks and ensure they are carried inside the cabin and not placed in check-in luggage. However, considering a recent accident related to a power bank explosion, airlines around the world 'could' ban them altogether in view of passenger safety.

An incident reported by CNET describes a power bank exploding into flames inside an aircraft in China last week. The report mentions a power bank kept in the overhead luggage bin inside a bag catching fire before the aircraft made it to the sky.

The incident was filmed catching fire onboard a China Southern aircraft destined to fly from Guangzhou to Shanghai. The report claims an alleged power bank on bursting into flames inside the aircraft cabin. The video, which was caught by a fellow passenger, shows the flight attendant dousing the flames using a bottle of drinking water and another one trying the same with a bottle of juice.

Luckily, the fire started moments before the flight was preparing its take off. It eventually was doused, saving the aircraft from any major damage and preventing possible casualties. The video was shared on Twitter by a user, which can be seen below.

The report mentions a power bank as the cause of the fire, but the video does not confirm anything. While there’s no mention of the power bank’s make and model, it puts a question mark over allowing similar devices onboard aircraft.

Power banks come in all shapes, sizes and price ranges. While the branded ones from well-known manufacturers make sure they go through various security barriers to prevent such mishaps, cheaper unbranded power banks ones don’t care about such safety measures. You could buy a fancy looking power bank imported from China from roadside vendors for as cheap as Rs 300. These power banks could contain non-branded batteries which could pose safety risks to both the user as well as the devices they charge.

Therefore, when going to buy a power bank, it is advisable to check with seller for its security ratings before settling for one, and with a little research, find out which company's battery they incorporate within. We recommend avoiding roadside power banks as most of them do feature safety built-in measures such as overheat or overcharge protection. A power bank from a renowned brand with safety measures is definitely a better bet, even though it may cost more.

Considering the China incident, if airlines start banning power banks on aircraft, consumers will have to rely on smartphones with larger batteries to avoid using power banks on the move. Smartphones such as Xiaomi’s Redmi Note 5, Motorola G5S Plus and Lenovo K8 Note have bigger batteries, ensuring a longer stamina on a single charge.

We could also see a trend in manufacturers opting for bigger batteries in their offerings to keep themselves in power for longer sessions of time. This could see future smartphones being thicker and heavier.

However, banning power banks isn’t the final solution to the problem. Governments across the world should start implementing stricter safety requirements for all products containing or relying on Li-ion batteries. As consumers, people should also be looking into safety certifications before investing in similar battery-operated rechargeable goods such as power banks, smartphones, toys and alike.