Technology   In Other news  24 Jun 2020  Facebook losing ads because of its inaction against hate speech
Technology, In Other news

Facebook losing ads because of its inaction against hate speech 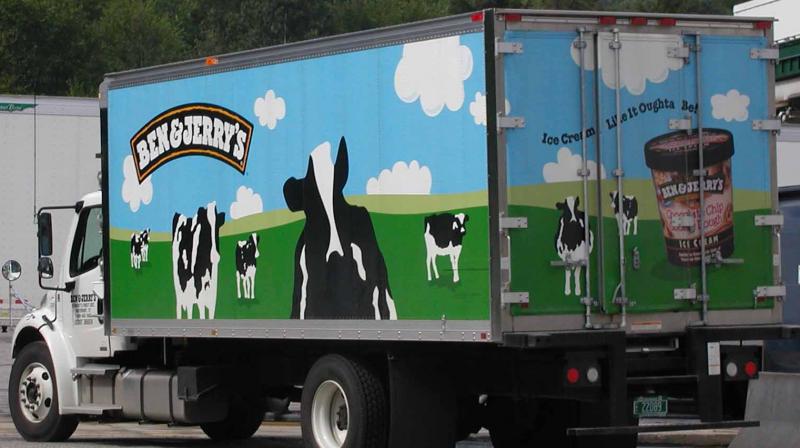 Ben & Jerry’s said it was also joining the “Stop the Hate for Profit” initiative supported by the Anti-Defamation League (ADL), the National Association for the Advancement of Colored People (NAACP) and other rights groups. Facebook makes an estimated $70 billion annually from ads. (Photo | Wikimedia Commons - Hede2000)

Washington: US ice-cream giant Ben & Jerry’s said it will stop buying advertising space on Facebook, joining a growing list of prominent brands boycotting the social network over its perceived failure to crack down on hate speech and incitements to violence.

“As of July 1st we will pause all paid advertising on Facebook and Instagram in the United States,” the Vermont-based confectioner said Tuesday.

The company added it was also joining the “Stop the Hate for Profit” initiative supported by the Anti-Defamation League (ADL), the National Association for the Advancement of Colored People (NAACP) and other rights groups.

“We call on Facebook, Inc. to take the clear and unequivocal actions called for by the campaign to stop its platform from being used to spread and amplify racism and hate,” Ben & Jerry’s said.

It is the latest company to pledge to halt ad spending on Facebook over concerns hate speech and incitement to violence are not being moderated on the platform.

The #StopHateForProfit campaign comes as Facebook faces growing pressure over its hands-off approach to misinformation and inflammatory posts, including from US President Donald Trump.

The social media company made an estimated $70 billion annually from ads, the coalition claimed in a statement on the ADL website.

The campaign has criticized Zuckerberg’s decision to not moderate the US president, after the CEO again defended his decision not to limit Trump’s often controversial, incendiary and inaccurate posts.

Twitter’s decision in May to hide one of Trump’s tweets for “glorifying violence” exposed turmoil at Facebook, with employees rebelling against Zuckerberg’s refusal to sanction false or inflammatory posts by the president.