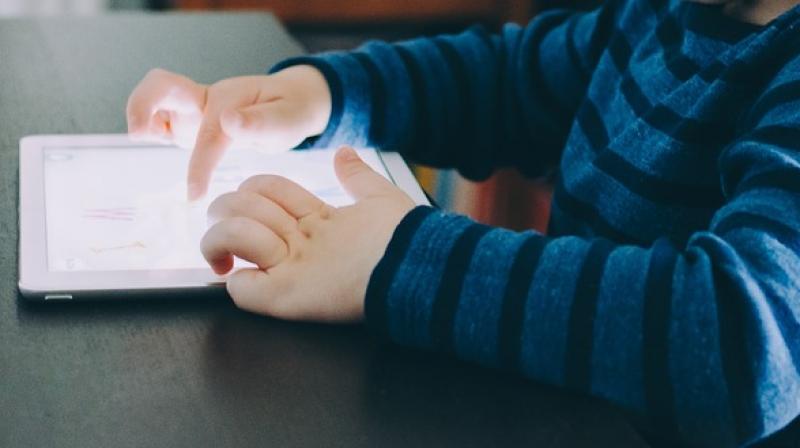 In what was meant to streamline a cumbersome task of logging in school attendance, a technical snag has appeared which displays pornographic pictures on a tablets landing screen.

To record their attendance, teachers have to place their thumb on the screen for an inbuilt biometric scanner to streamline the process. Commenting on this technical issue, a teacher said, “After this glitch, women colleagues don't even want to look at it, far less give their thumbprint. You can’t blame them really,” reported TOI.

This glitch has rocked teachers from across the state and rightfully so, many are complaining about it. "This is too embarrassing for us, that too at a place where children can come in contact with these devices. Perhaps, the government can reconsider the use of tablets for biometric attendance,” said a member of the state teacher’s association.

Officials of Chattisgarh Infotech Promotion Society (CHiPS) said that district education officers have been ordered not to use these tablets until the problem has been fully rectified. CHiPS experts are working hard to clear the virus.

The tablets named ‘Shalakosh’ were distributed in schools across Chattisgarh by the HRD ministry as a teaching and administrative aide. These tablets were handed out in September 2017 with over 51,000 units being distributed, an official at CHiPS stated.

With this glitch, the CHiPS helpline has been bombarded with complaints about the last couple of days. Nilesh Soni, a project head of Shalakosh said, “More than 270 cases have already been resolved. IT experts are visiting schools to address complaints. All tablets will be ready to use without hassle in a day or two.”

In order for this not to reoccur, CHiPS are going to do ‘device clocking’ so other apps and websites are blocked and only those apps that are needed for school-related activities can be downloaded and accessed.

The report further stated that officials are also investigating the likelihood that ‘mischief’ had taken place. There were also reports claiming that teachers were not in favour of biometric attendance and they were looking to get rid of the same.