The PTron Viki is a smart pair of eyeglasses with support for Bluetooth audio and voice alerts. 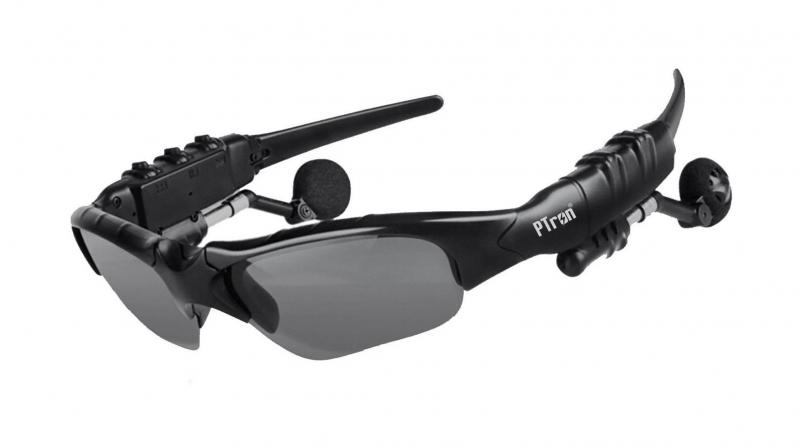 PTron says that the Viki sunglasses are ideal for bikers and commuters, which will help them to multitask on the move.

Hollywood action blockbusters are known for showing off their protagonists flaunting futuristic smart gadgets while doing death-defying stunts. If you have always fancied those smart glasses from the James Bond or Matrix movies franchises for a price that doesn’t burn holes in your pocket, then PTron has come up with something that should capture your attention — PTron Viki smart sunglasses.

The Viki sunglasses look like a pair of shades having some next-generation gadgets attached to it. However, they are simple sunglasses with a Bluetooth audio player and earphones attached to the frame. The wireless audio player functions like a normal Bluetooth headset — you can listen to music and take calls as well. There’s even a voice prompt built-in to notify you of calls and messages.

The Viki can be charged with a micro USB charger. It also has multifunction buttons on the frame. As for the “sunglass-part”, it sports black polarised lenses. PTron says that the Viki sunglasses are ideal for bikers and commuters, which will help them to multitask on the move.

The Viki sunglasses are priced at Rs 999 a pair and if we are to believe PTron, they have already sold 10,000 pieces of the same within the first three days of sale. If you are looking for cheap yet futuristic tech thrills, then the Viki could be on your consideration list. Just don’t expect to receive secret spy messages on them (pun intended).