FINGERS as a brand is setting out to make itself synonymous with a new language of technology. 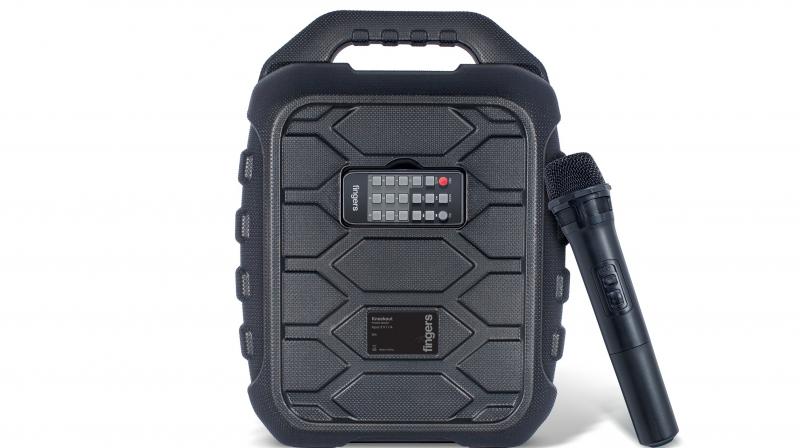 Dynamic Conglomerate, a company founded by IT veterans committed to providing a host of innovative IT, lifestyle and telecom accessories today announced the launch of its maiden consumer electronics brand, ‘FINGERS’.

With innovation and quality focus at the core, FINGERS as a brand is setting out to make itself synonymous with a new language of technology by launching 40+ products in the IT and mobile accessories space with six being firsts in India and three of them being world’s firsts. Wired and wireless headphones, earphones and portable speakers will be few of major categories out of 10+ categories that FINGERS will begin its foray with.

The products being launched for the first time in the world and India include FINGERS Resonance, which is the World’s 1st Bluetooth in-ear headphone with 3D Resonance technology, size-defying bass and a playback time of 15 hours.

Next in line is the FINGERS Chic BT5 with flattering looks, which is India’s first fast-charging Bluetooth in-ear headphone that provides an astonishing playback of 2-hours in just 5 minutes of charge time. Interestingly on a full charge, it provides a mammoth over 9-hours of playback/talk-time.

FINGERS Sugar-n-Spice will have the distinction of being the World’s first Bluetooth on-ear headphone with contrasting ear-cups that offer an exemplary visual look to match your style and feel. It is not only a full function headset with Bluetooth, FM, MicroSD and Aux but also provides a high level of sound quality with bass tuned to Indian ears.

For those looking for a compact companion and who loves to talk non-stop, Comfy MusiTalk is India’s first Mono Bluetooth headset offering unprecedented 13-hours of talk-time. It also comes with a rotating design making it wearable on either ear.

Finally, the sixth in the list of first-timers is FINGERS Knockout which is touted to be India’s toughest portable speaker. It is not only the toughest but is also bundled with wireless Mic for karaoke nights or to host a party. It has 9 pre-recorded tracks including Happy Birthday and Anniversary tunes. It also lets you record 140 seconds and playback. It is a full function party speaker with FM, USB and Aux. In case you want to double the fun, FINGERS Knockout supports TWS (True Wireless Stereo) to enable you to connect 2 of them together.