This is the seventeenth flight of PSLV in 'XL' configuration (with the use of solid strap-on motors). 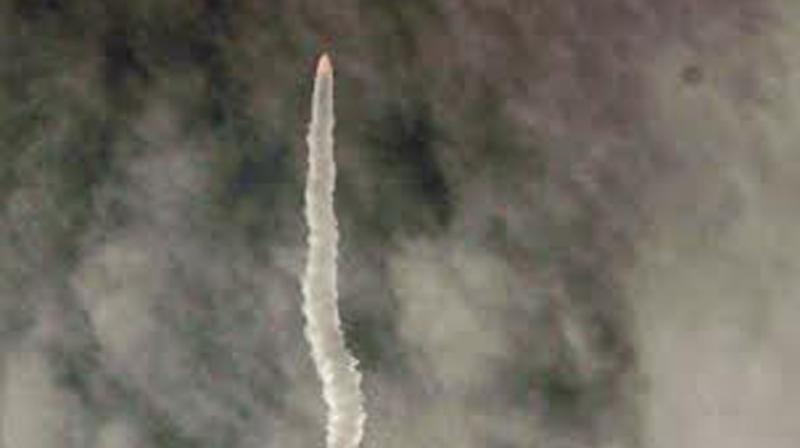 The rocket lift off carrying 712 kg Cartosat-2 series together with 30 co-passenger satellites weighing about 243 kg into a 505 km polar Sun Synchronous Orbit (SSO) on Friday.

The rocket lifted off carrying 712 kg Cartosat-2 series together with 30 co-passenger satellites weighing about 243 kg into a 505 km polar Sun Synchronous Orbit (SSO) on Friday. The total weight of all these satellites carried on-board PSLV-C38 is about 955 kg.

This is the seventeenth flight of PSLV in 'XL' configuration (with the use of solid strap-on motors). The notable feature of Thursday's launch is that ISRO Scientists have geared up for the launch barely with in 18 days after a major successful launch of GSLV MK III with GSAT 19 on board on June 5. Mentioning this after successful launch of PSLV-C38/Cartosat 2 series Mission, Director of Virkam Sarabhai Space Centre, Dr K. Sivan said they have launched 3 missions within a span of 50 days stressing that it is record of sorts.

Among others Nano Satellites, 10 belongs to USA, 3 United Kingdom, 3 to Belgium and 3 to Italy. One among them QB50-DE04 of Germany is meant for space debris removal demonstration. A Nano Satellite – NIUSAT developed by the students of Tamil Nadu based Noorul Islam University is also part of the 30 Nano Satellites.

This 15 kg three axis stablised satellite is built to provide multispectral imagery for agriculture crop monitoring and disaster management support applications. A dedicated Mission Control Centre with UHG/VHF antenna for Telemetry/Tele-command operations and S-Band for payload data reception has been established at the University.

The Cartosat-2 Series Satellite is the primary satellite being carried by PSLV-C38. This remote sensing satellite is similar in configuration to earlier satellites in the series with the objective of providing high-resolution scene specific spot imagery.