An Indian summer in the UK

The evening also saw many other well-known people from India — including friends like Pawan Munjal, Suhel Seth and Rajiv Kumar. 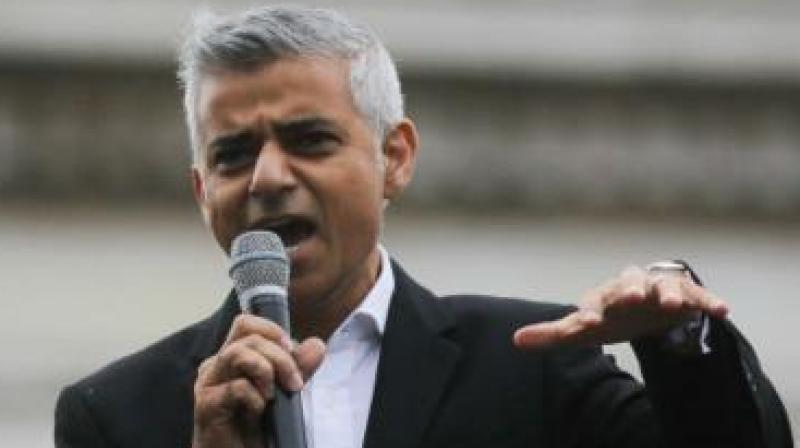 Guess what! There is a hot weather alert in London! Temperatures are going to shoot up to 30ºC… did I hear a gasp?

And 30ºC, by the way, is barbecue and party-all-evening weather. People are rolling in droves into the pubs and gardens. The streets and parks are full of bodies soaking up the sun, and almost no one is indoors. No wonder the British loved India so much. It wasn’t just the trade; it was the hot, hot sun.

But as I said, no one will stop going out — and all the Indians who come to summer in London are still in town. Someone who stayed at a popular hotel recently said it looked like Mumbai or Delhi! You couldn’t spot any angrez anywhere, and all you heard was “ki haal chaal hai?” or even “kem cho” and even very discreetly “mitron”. All types, and they are all here!

And so this is a good, and hot, time to celebrate the Indo-UK connection — and who better than our local boy-turned-media whiz Manoj Ladwa. He has established his company, India Inc, into an ever-expanding brand — bringing together the rich talent and diversity of India, those of Indian origin in the UK, as well as those non-Indian Brits who support the India story. Manoj is an optimist, which can be, fortunately, very infectious. And like most of us, he feels that India’s time has now arrived. And so he organised a weeklong celebration of Indo-UK relations — calling it a winning partnership.

The interesting thing was that almost in every conversation that I personally had — everyone remarked on how keen the UK is to woo India, as is the US. India is the partner of choice. Speech after speech also reflected that — whether it was Dr Liam Fox, secretary of state for international trade, or Matt Hancock, secretary of state for digital, culture, media and sport, or any of the other speakers such as Lord Jitesh Gadhia — everyone felt that India had turned the corner. There was a sense of respect — it is not just a poor country. People are interested in India’s soft power — in the International Yoga Day, and also interested in kind of charity that we have set up: which is working towards the preservation of Indian art, history, literature and culture, and its dissemination both in India and the UK.

Thus I was thrilled to be included in the wonderful list of 100 most influential in the UK-India relationship — along with some well-established people who have already left their mark on the UK-India relationship, such as Lakshmi Mittal, G.P. Hinduja, members of Parliament such as Virendra Sharma, Seema Malhotra, Rishi Sunak and Priti Patel, academics and authors such as Meghnad Desai and Mukulika Banerjee. The list also included British personalities who have contributed to the relationship such as Alan Gemmell, who heads the British Council, as well as Sir Dominic Asquith, high commissioner to India. I was included in the “100 most influential list” along with other social impact warriors for having taken the lead for setting up the Partition Museum at Town Hall Amritsar.

And to our great delight I also received the UK-India award for the Partition Museum in the media, arts and culture category on a glittering award night. For many of us it was wonderful to receive this recognition when an equal partnership between India and the UK was being celebrated.

The UK-India Awards Night was cleverly hosted by Vivek Oberoi, who turned out to be not just very funny, but also someone interested in charitable causes, and indeed supports some as well. But the person who was a rock star for the evening was actually Sadiq Khan, the London mayor. This was a surprising turn of events, as he had Shilpa Shetty on the same table. But everyone seemed to be thronging to the mayor for selfies. Perhaps the Labour Party does have a winner in him — and if Jeremy Corbyn, the leader of the Labour Party, loses his hold — it is said Mr Khan may be make a bid.

The evening also saw many other well-known people from India — including friends like Pawan Munjal, Suhel Seth and Rajiv Kumar.

Well done Manoj — you brought the modern face of India to the forefront — as there was an energy and excitement throughout the week.

And I also attended the opening night of the London Indian Film Festival (supported by Alka Bagri) — run by film buff Cary Sawhney. Love Sonia, shown that evening, turned out to be a harrowing film mainly set in India, about the trafficking of women. Written and directed by Tabrez Noorani, the film cut close to the bone, supported by an excellent cast and it was interesting to see Freida Pinto come back to play a role set in Mumbai. Only this time she was not in the slums but in the brothels of Mumbai. Could this be the second part of Slumdog Millionaire?

So LIFF is also on this week, and I am particularly looking forward to Bird of Dusk, Sangeeta Dutta’s film on the late director Rituparno Ghosh, who had gone all too soon.

It certainly is an Indian summer!