Will clowns have the last laugh?

There were no deaths through violence of any sort in Sweden on February 17, 2017. 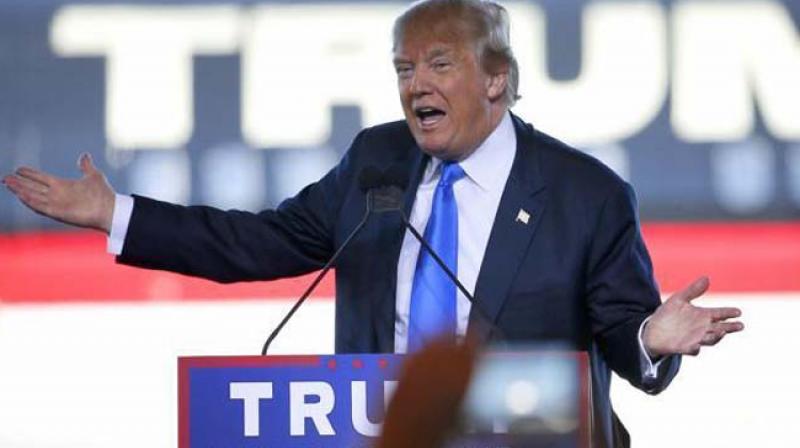 “Apart from you my ‘Krishna’
Whom should I adore?
O storm-tossed heart I beg her
Bring me safely to the shore!”
From A Bend in the
Liver by Bachchoo

Yes, all the world’s a stage — at times a circus stage onto which they bring in the clowns. Marine Le Pen is now the favourite to win the first round at least of the coming French presidential elections. Geert Wilder is poised to make a severe dent in the politics of the Netherlands. Beppe Grillo, a professional clown, runs the party that may rule Italy come the next election; while here in Britain, the minister for international trade, Dr Liam Fox, circulates a list of “countries” which are potential trading partners, the second of which is… er... “Africa”.

Of course the US of A already trumps the clowning list. There is no hiatus in the entertaining programme of events overtaking our mournful and happy world, but one needs must, once again, bring in the clowns: On February 18, President Donald Trump, having occupied the White House for a month, after the shambles of several embarrassments, resignations and defeats in the courts for his Muslim bans, decided or was advised to go back on the stump. He held a rally of supporters in Florida, presumably to demonstrate through the media that he could still pull loyal crowds, but even more likely to hear himself sound off for hours. He is his own Master’s Voice, though his orations are far from masterful.

“Look at what’s happening last night in Sweden,” he told his assembled followers, some of whom were placed where the TV cameras would focus bearing placards saying “Blacks for Trump” prompting one to shout “He’s already the President, for goodness sake!” Maybe the placards were leftovers from the campaign and what the blacks holding them wanted to convey was that they support his every official gesture.

The pronouncement about Sweden posed a puzzle to the world’s media. They scrambled to find out what they had missed. Slaughter? Plane crash? Mass cannibalism? The rebirth in Stockholm of Elvis Presley?

What were the Swedish TV and newspapers hiding? Was there indeed a regrouping and revival of ABBA? Had IKEA invented a robot that could assemble any article of IKEA furniture from the flat pack? Had here been a Swedish law passed allowing pet dogs to have civil partnerships?

Maybe all of the latter, but why would any of it appall the Trumpeteers? Were ABBA thinking of converting to Islam and emigrating? Were IKEA robots poised to take over American jobs? Would the civil partnership of domestic pets be taken up as a cause by the liberal elites of Washington?

No! Mr Trump’s pronouncements, taken in the context in which they were delivered, suggested that he was talking about a major Swedish disaster, a terrorist attack perpetrated by Muslim refugees who had been admitted to the country through the folly of the Swedish liberal temperament and government.

The problem was that no such incident had occurred in Sweden. There were no deaths through violence of any sort in Sweden on February 17, 2017.

The Swedish Prime Minister retaliated by telling a rally in Stockholm that in the US, on the same February 17, there were 32 fatal shootings and 128 reported violent incidents involving guns.

The Trumpeteers know and presumably support Mr Trump’s stance on increasing the number of guns and enshrining in further law the right of Americans, including children, to carry and use them.

Mr Trump’s critics in the media jumped upon this Swedish booboo and threw his favourite accusation of “fake news” back at him. He was talking nonsense and entirely manufacturing a massacre in Sweden to justify his attitude towards banning refuge-seekers from the country. Yes, the circus had come to town.

But there is another, more worrying, explanation for Mr Trump’s Swedish howler. His office said he had seen something on Fox TV News and had used that as his source for the pronouncement.

Mr Trump had in his speech — which I viewed on the BBC — repeated the word “Sweden… Sweden” in a questioning cadence to imply that here was the consequence of liberalism.

What the world’s media had reported on February 17 was the massacre that took place in Pakistan at the shrine of Shahbaz Qalandar.

Anyone familiar with the several renditions of the qawwali tribute to this Sufi, not the least of them those of Abida Parveen and Nusrat Fateh Ali Khan, will have heard the lines:
Sindhrii da
Sehwan da
Shahbaz Qalandar…
— from Sind, from Sehwan!

And there you have it. Donald Trump, President of the United States, misread or misheard the word “Sehwan” and mistook it for “Sweden”.

I have no evidence, and can find none on the Internet, of the state of Mr Trump’s hearing but have come across the report that he has a reading difficulty. He refuses, for instance, to use an autocue and prefers to wing it with improvisation on the spot. This would, on the part of a high-ranking politician, be an admirable and distinctive trait, a breath of honesty in the lungs of political contrivance, except when it results in the mistaking of Sehwan for Sweden.

Jehovah, Allah, Bhagwan and Ahura Mazda come to our aid as this is the man with his finger on the button, which sets off the world’s most formidable nuclear arsenal. Will he mistake Kerala for Korea?

Is he able in his cavalier way to distinguish between Canada and Kannada — even though the latter is a language and not a country? I am sure he knows and will be mindful of the distinction between India and Indiana.

Please God, don’t let the clowns have the last laugh!