Babu watchers say that this development is due to B.V.R. Subrahmanyam, the current chief secretary of the state. 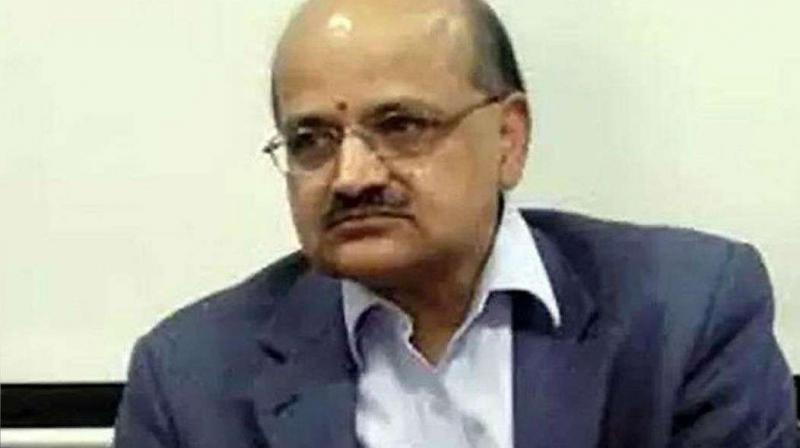 Imposition of Governor’s Rule in Jammu and Kashmir has come as a welcome fillip for state cadre officials, who find themselves holding key posts in the administration. Former chief secretary B.B. Vyas, a 1986-batch Indian Administrative Service officer of the J&K cadre, is back in the saddle as adviser to the governor.

Babu watchers say that this development is due to B.V.R. Subrahmanyam, the current chief secretary of the state.

Mr Subrahmanyam is a 1987-batch IAS officer of Chhattisgarh cadre, who replaced Mr Vyas in June.

Since the imposition of Governor’s Rule, Satya Pal Malik and Mr Subrahmanyam have done for the local IAS and KAS officers which few previous governments have done. Apparently, IAS officers from other states are not happy at this development, which has led to their loss of clout.

A close race in Haryana
Many Haryana Indian Police Service officers are leaving no stone unturned to stake their claim to the office of director-general of police (DGP). Incumbent state police chief B.S. Sandhu is slated to retire next month-end. The two-year secure tenure ordered by the Supreme Court for the DGP has made it a high stakes contest.

One IPS officer, who is in the zone of consideration but out of favour with the state government, is now reportedly wooing the ruling party bigwigs.

Meanwhile, the Manohar Lal Khattar government is keeping its cards close to the chest and has so far not sent a proposal for the empanelment of officers to the Union Public Service Commission. The Supreme Court verdict however made it clear that the states had to send a list of names of eligible IPS officers to the UPSC three months in advance.

Plugging the gap
The Centre has cleared the appointments of Indian Revenue Service (IRS) officers Aditya Vikram and Pramod Chandra Modi as members of the Central Board of Direct Taxes (CBDT) from February 1, 2018 and March 1, 2018 respectively. But this still doesn’t solve the crisis in the upper echelons of the board.

The posts of member (investigation) and member (IT and computerisation) fell vacant in February whereas the posts of member (revenue and taxpayers service) and member (administration) fell vacant on June 30 and July 31. Further, two members, Shabri Bhattashali (member, audit and judicial) and Arbind Modi (member, legislation), are set to retire in a couple of weeks. It means that the virtual strength of the board was about to collapse, which had put the government under pressure to plug the gap as soon as possible.

Sources point out that the government still needs to fill four posts of member for the panel year 2018-19. There is also the niggling question that if Mr Vikram’s and Mr Modi’s appointments are effective since February and March then what was the need for the inordinate delay in clearing the crucial appointments?