How proxies fit into the genre of modern warfare is an important aspect to analyse to assess the emerging threats in the Middle East. 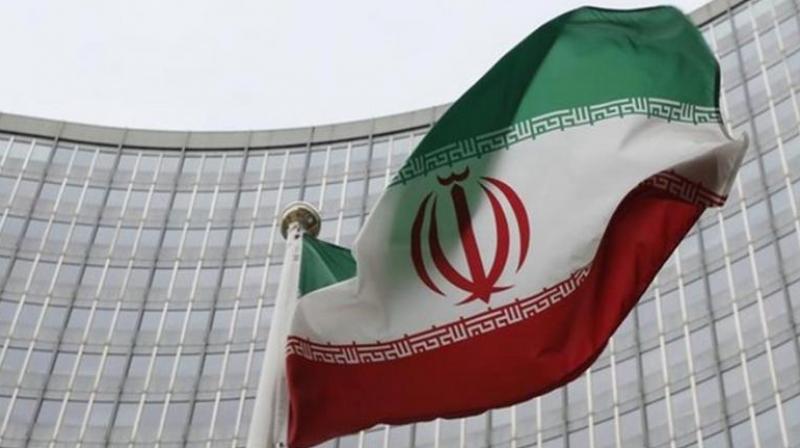 Another nation which has used the same principles in employing proxies to gain strategic advantage or neutralise its adversaries has been Iran; in fact in a far more refined way.

In the post-Cold War era the earliest sufferer of war by proxy was India; in Jammu and Kashmir in 1989. The progenitor of this was the war in Afghanistan against the Soviet invasion and occupation, right through the 1980s. The United States and its ally Saudi Arabia had concerns about the southward Soviet expansion. They thus merged their resources and employed Pakistan as a front, launched a disparate army of transnational mercenaries from various Islamic nations into Afghanistan in a classic irregular war, duly funded and provisioned by them. It helped defeat and drive out the Soviet Army after almost a decade of vicious bloodletting. The lessons learnt from there and the availability of rump elements of the mercenaries at the end of the war came in handy for Pakistan in launching its proxy effort in Kashmir in 1989; Bosnia was the other region where the remaining elements moved to fight a proxy war without identified sponsors.

Another nation which has used the same principles in employing proxies to gain strategic advantage or neutralise its adversaries has been Iran; in fact in a far more refined way.

As the unending drama involving the US-Iran standoff in the Middle East unfolds, the feasibility of Iran falling back on its carefully crafted strategy involving the use of proxies is likely to emerge. How proxies fit into the genre of modern warfare is an important aspect to analyse to assess the emerging threats in the Middle East.

Weaker nations choose to fight through proxies who are not exactly unorganised and undisciplined elements, but its their ability to fight quasi-guerrilla style which adds to their effectiveness. They owe allegiance to the sponsor state which caters for their higher leadership, the technical aspects of intelligence, supply chains of wherewithal, finances and ideological motivation; all ingredients of a classic irregular war. Since the 1980s, war employing proxies has become far more refined, leading to new labels such as “fourth generation warfare” (4GW) or “new terrorism” — primarily due to the infusion of technology. Information technology, networks, secure communications, lethal explosives, weapons and means of psychological war plus training have all helped proxies in their effectiveness in fighting organised armies. The demarcation of boundaries remains just lines on maps and paper; they can be crossed at will. Afghanistan and J&K have been single nations and sub-regions targeted by proxies, but the Middle East has already witnessed multiple nations and regions under their effective influence and the future promises to see much more of it. Iran’s Islamic Revolutionary Guard Corps (IRGC) has its tentacles spread through the entire region. It controls Hezbollah in Lebanon and Syria, the Houthi militias in Yemen, the Shia militias in Iraq and can muster much Shia support in eastern Saudi Arabia, where the crucial energy belt exists. Its influence over Hamas in Palestine is also profound. Thus it’s a cluster of countries where Iran’s influence exists and geographically the strategic space of the Levant is in its virtual control. The New York-based Ali Soufan group, a think tank on transnational terror, says “Iran’s playbook starts with arming mostly Shiite groups that evolve into political movements that acquire political legitimacy, seats in national parliaments and cabinets, and, over time, major roles as national decision-makers. It essentially seeks to nurture its allies and proxies to the point where they, and by extension Iran, can take over state power from within”. The defeat of the Islamic State (ISIS) can very largely be ascribed to Iran’s proxies, although in that effort the United States and Iran were ranged on the same side.

Although Al Qaeda is no one’s proxy, yet its actions as a terror group against the USS Cole in Yemen in October 2000 revealed the vulnerability of conventional military resources to acts perpetrated by irregulars who could well be proxies.  The recent attacks on oil tankers in the Persian Gulf and the Saudi energy pipeline without any ownership diffuses responsibility and immediately starts getting labelled a “false flag operation” confounding confusion and making the situation even more tenuous and risk-prone. In fact, no one is quite sure whether the attack on Saudi facilities came from the Houthis in Yemen or by militias from Iraq.

It is well known that the United States, under President Donald Trump, is attempting a strategic change through coercion of Iran. Mr Trump pulled the US out of the July 2015 Iranian nuclear deal with the intent of either forcing a “better deal” on American terms, or coercing regime change through enlarged sanctions,  threats of war or actually targeting Iran militarily. The scope in the domain of military targeting remains limited to massive aerial action on the lines of “shock and awe”, as seen during the Second Gulf War in 2003, but followed by almost no ground action. The lessons from the Iraq experience will almost certainly limit US military actions as there is very little appetite for an intractable and endless ground commitment with its resultant unpredictable consequences. The US is therefore attempting brinkmanship, or the threat to go to war, taking the situation to the edge of the precipice without pulling the final trigger. It hopes for an internal uprising in Iran triggered by the negatives of the economic situation, to overthrow the regime of the Iranian clergy, but there can never be a guarantee that regime change will bring anything which favours change in Iran’s strategic behaviour.

Brinkmanship can work only up to a point. Iran’s scope for response is not limited to its own frontiers or that of its waters. Its understanding of local dynamics is far more refined. For years now, it has worked on ensuring that it is not hemmed in by military action by a superior military power.

The IRGC has demonstrated its 4GW capability through an intricate network of proxies that can strike across the Middle East against conventional military deployment or interests of the US and its allies. That means the need for a much larger footprint of ground forces with no guarantee of securing the required interests. In May 2019, a large Iranian convoy of trucks carrying missiles and other munitions crossed over from Iraq into Syria to reinforce Hezbollah; this despite the most advanced surveillance systems deployed by the US and Israel, reconfirming the understanding that land borders today are just lines on a map.

The complexities involved in countering proxies in just one country such as Afghanistan or a sub-region such as J&K are well understood to be immense. Imagine having to counter proxies operating across a region involving several nations and targeting several deployments.

There is no nation as militarily strong as the United States and it has tremendous institutional capability to refine technology to suit strategy. However, war by proxy is also receiving equal focus by smaller nations, and ideas are not limited. In recent weeks, a signal from as small an event as Iran’s Quds force commander Qassim Suleimany meeting a few Iraqi militia leaders caused immense consternation in Washington. That is the power of proxies in the psychological domain; while in the physical domain hopefully we will not see it play out in the increasingly worrisome situation in the Middle East.