The Islamic summit of Sunni nations along with the US vowed to target Iran as the supporter of global terror. 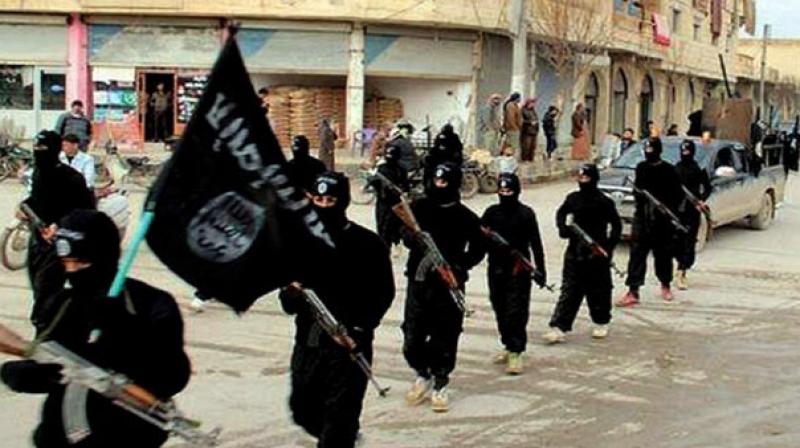 The battle against ISIS seems to have lost focus partially in the physical realm in the Middle Eastern battlefields, but equally so in the psychological realm.(Photo: AP)

Globally, the war on terror has never been so much in paralysis as it has been in the past few weeks. It’s almost as if it’s non-existent, with terrorists ruling the roost in many of the world’s violence-prone regions, and political leaderships aiding them with their thoughtless agendas. Britain, reputed for its excellent success in welding together communities and possessing world-class intelligence services and security forces, has been in the eye of the storm with three major attacks at Westminster, Manchester and London Bridge. France, with a respite from the chain of attacks it bore through 2015-16, once again suffered a lone wolf attack at Notre Dame on June 5. It last faced a terror strike on April 20, when a policeman was killed at Champs Elysees in Paris just before the first round of the presidential elections.

With fast-moving developments in the Middle East after the Arab and Islamic summits during US President Donald Trump’s visit to the region, we now have audacious attacks on Iran’s Parliament building and the tomb of its revolutionary founder, leaving at least 12 people dead and 42 wounded in the worst terror attack against the Islamic republic in years. The attack was claimed by ISIS. Paradoxically, the Islamic summit of Sunni nations along with the US vowed to target Iran as the supporter of global terror.

In Afghanistan, there were a spate of deadly terror attacks in Mazar-e-Sharif (140 Afghan National Army soldiers dead), at a Kabul hospital, the car bomb outside the German embassy, also in Kabul, and the latest attack at a mosque in Herat, causing seven deaths. The Taliban was behind all of them, with ISIS attempting to showcase its presence too.

Southeast Asia, comparatively less scathed so far, has had the Philippines witnessing a Muslim militant group-linked ISIS attack that led to loss of control over parts of Marawi City on Mindanao Island, southern Philippines. Almost 85,000 people fled the city of 200,000. It appeared Abu Sayyaf, the radical Islamic group, is now acting as an ISIS surrogate.

What seems clear is that with new political leaderships emerging in the West, the focus on the global war on terror as a concept, that was anyway debatable being a selective strategy of targeting, is even further from any degree of execution. The United States is clearly in a state of transition, with policy reversals in various areas which are as yet fuzzy. From Europe to the Middle East to Afghanistan, President Trump is yet to bring any clarity to how the US intends to make the world any safer. His current focus appears to be only on how to make the US more secure. His recent visit to Europe gave no confidence to European leaders, and intelligence leaks over the Manchester attack hasn’t evoked any confidence in the US being a reliable partner in the war against terror. The most controversial part of the developments in the fight against terror appears to be the aftermath of the Trump visit to the Middle East.

News at the end of 2016 and early 2017 made us believe ISIS was on its last legs in Mosul, its leadership having deserted and its money dwindled. Mosul is yet to fall, and a last-ditch battle for the city is on, but the ISIS presence elsewhere is widespread and well-networked. Its capacity to operate and conduct terror strikes is not limited only to lone wolf attempts. Although the UK is currently in its crosshairs, ISIS’ capability in the rest of Europe, as well as Turkey, is still intact. In December 2016, the assessment was that ISIS was preparing to target Britain, and that did prove true.

There is no doubt that ISIS would have been worried about the advent of President Trump and his intent to target terror more energetically than Barack Obama. However, Mr Trump may have actually just helped ISIS by making Iran the target of his entire Middle East policy. Even in relation to the crisis in Syria, it was clearly President Bashar al-Assad who was the target when it came to the response to alleged chemical weapon attacks by Syrian government forces. The battle against ISIS seems to have lost focus partially in the physical realm in the Middle Eastern battlefields, but equally so in the psychological realm. The coming together of Arab and other Sunni nations ostensibly in a show of solidarity against terror ended up only looking at Iran as the adversary, with no clarity on what to do with ISIS or the crisis in Yemen perpetrated by Saudi Arabia.

The status of ISIS in Afghanistan remains unclear. However, the Taliban is on a roll, with its ability to target Afghan security forces and carry out acts of terror in the heart of Kabul. The rump ISAF is incapable, and the Afghan National Army and police, without more modern weaponry, are unlikely to sustain the pressure for too long. The creeping decision to add 5,000 troops isn’t going to take this campaign anywhere. With Mr Trump reluctant to back Nato in Europe and expressing his scepticism even about funding Nato, he should not expect any support from others in enhancing forces in Afghanistan.

The current crisis over Qatar perpetrated by a few Gulf states and Saudi Arabia at the behest of the US doesn’t appear to have been thought through, and is full of paradoxes. It is almost akin to the situation in Syria, where it is difficult to determine who is opposed to whom. Clearly, Qatar is regarded as the villain behind financing conduits for ISIS. The reported $1 billion ransom paid for the release of some members of the Qatari royal family to an Iraqi Shia militia sounds unconvincing.

No commentary on terror can be complete today without a mention of Pakistan, the core sponsor of violent extremism through its policy of friendly and unfriendly terrorists. It has so far escaped President Trump’s ire, but the snub to Prime Minister Nawaz Sharif in Riyadh was sufficient to convey that Pakistan doesn’t fit into the US counter-terrorism scheme.

There are no solutions visible on the horizon, but the global crisis in terms of spreading terror can be better controlled if the Middle East is more stable and ISIS has less scope to exploit the meaningless differences between nations that should in any case be aligned on the same side.